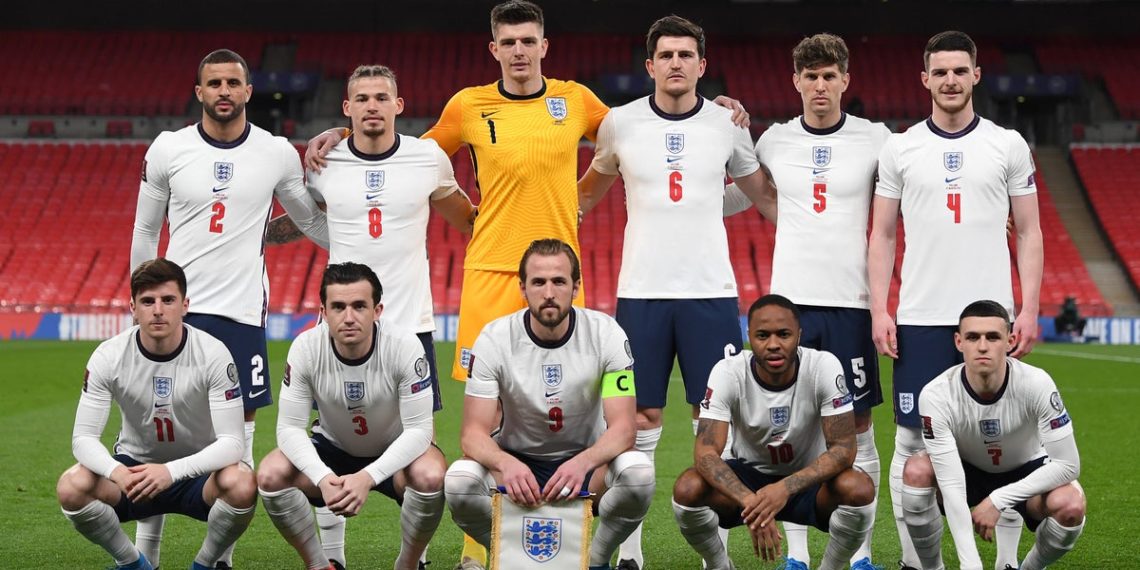 England will face Italy in the final on Sunday as the Three Lions seek their first European title.

The Three Lions beat Denmark 2-1 in extra time in a fiercely contested tie at the Wembley Stadium.

Harry Kane scored the decisive goal that saw England win their first semi-final game since 1966. The Three Lions came into Wednesday’s semi-final contest on the back of four wins and one draw, without conceding a goal,

On their part, Denmark, despite starting the competition on a shaky note after the Christian Eriksen incident, had grown into the tournament as a formidable side.

At 19 years and 305 days, Saka became the youngest Englishman to start a match at the semi-final stage or later of a major tournament.

The youngster showed great technique when he curled the ball over the wall and under the bar to beat Jordan Pickford in the England goal-five minutes after the Everton goalkeeper became the all-time English goalkeeper with the longest unbeaten stretch as he beat Gordon Banks’ record of 720 minutes.

England pushed for the equaliser and eventually found the net when Simon Kjaer, who tried to prevent Raheem Sterling from scoring on a low cross by Saka helped the ball into his own net.

Denmark’s captain couldn’t stop the ball from going in and registered yet another own goal in an abnormal EURO 2020.

Kjaer’s own goal is the first England have benefitted from in European Championship history and third overall at a major tournament.

Both teams huffed and puffed for a goal in the second but there was none so the game went into extra time.

It was in the first half of the extra time that Raheem Sterling won a penalty for England, Kane missed the initial kick after Kasper Schmeichel saved but the rebound fell kindly for Kane to score.

The Three Lions would now face Italy in Sunday’s final in Wembley.

Is it coming home or coming to Rome?

Women: Speaking on gender and Nigerian politics, By Toyin Falola