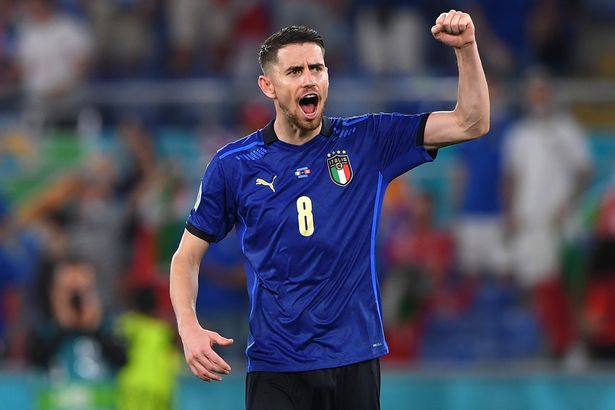 Euro 2020: Italy knock out Spain on penalties to reach final

It ended 1-1 after 120 minutes and after five penalty kicks, Italy knocked Spain out 4-2 on penalties. It took the skip and hop Jorginho format to send Unai Simon the wrong way to continue their unbeaten run, which dates to September 2018.

Luis Enrique threw the dice and elected to start his Spain side without a traditional No.9, a decision he will rue as the best chances to score for Furia Roja in the first half fell to Mikel Oyarzabal but on both occasions, he either left the ball behind or ballooned it over the bar.

Italy had one change to make with Emerson coming on for the injured Leonardo Spinazzola while Federico Chiesa kept his spot on the right flank. Italy flew out of the blocks aggressively as they pressed high up on Spain and in the first 15 minutes won the ball off the Spaniards in their half.

In the 13th minute, Pedri split the Italian defence with a pass to Oyarzabal but the Real Sociedad midfielder failed to get the ball under control and Emerson was able to clear the danger.

In the 21st minute, Unai Simon rushed out to confront Emerson but missed and the ball fell to Nicolo Barella, who could not get off a shot on time. Dani Olmo forced Gianluigi Donnaruma into a save as Spain pressed their advantage. On the cusp of the first half interval, Lorenzo Insigne teed up Emerson, who smacked his shot off the crossbar.

The second half was the same battle of attrition, especially in midfield as Sergio Busquets directed affairs. Olmo put in a cross that almost found Ferran Torres but Giovanni Di Lorenzo made a timely interception.

ALSO READ: Euro 2020 Preview: Italy can use past pain to push past Spain

Italy went ahead with a sublime piece of shot-making from Chiesa on the hour. The ball broke to the Juventus forward on the edge of the box and he fired a curler past Unai Simon.

Oyarzabal then missed another great goal scoring chance in the 65th minute when all he needed to do was direct Koke’s impudent lob past Donnaruma. Alvaro Morata came off the bench for Torres after Italy scored and he scored the equaliser 10 minutes from time with a good interchange with Olmo.

Two halves of extra time could not separate the team and the match went into penalty kicks. Italy missed the first kick from Manuel Locatelli but immediately Olmo also missed. Andrea Belotti, Leonardo Bonucci, Federico Bernardeschi were successful with their kicks while Morata missed and Jorginho scored Italy’s last to send Italy to the final for the first time since 2012.

They await the winner of the second semi-final between England and Denmark that will take place at Wembley on Wednesday.