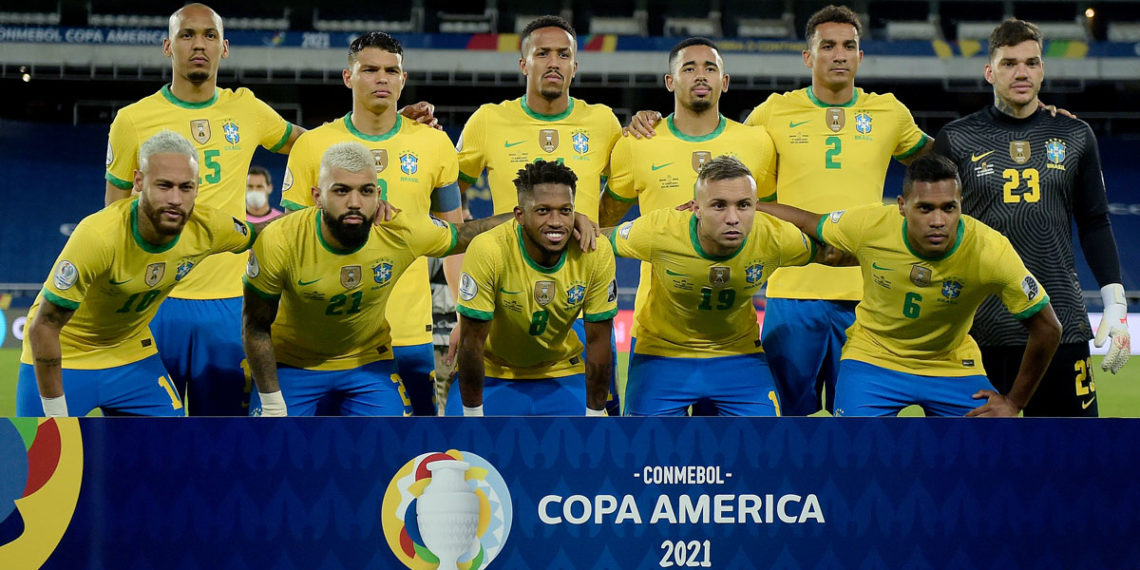 Brazil is through to the final to play either Colombia or Argentina.

The hosts of the 2021 Copa America tournament, Brazil made it through to the final of the tournament on Tuesday morning, sneaking past a durable Peru side 1-0, courtesy of a goal from Lucas Paqueta in the first half.

In the first half, Tite’s team was head and shoulders above the Ricardo Gareca-coached Peru side and it was only the bumpy Estadio Nilton Santos pitch and Peru goalkeeper, Pedro Galesse, who stopped Brazil from being ahead by at least three goals.

There was nothing Gallese could do to stop Paqueta from scoring in the 35th minute when he was released by a pin-point pass from Neymar. The Peruvians started with three centre backs and four players ahead of the three, meaning they defended with seven players, while Brazil’s team was on the offensive.

Tite’s team had more than 70 per cent of ball possession in the first half and could have been done and dusted because the second half was a completely different encounter. Gareca made some changes to his formation and the players deployed.

Raziel Garcia replaced Christian Ramos and Marcos Lopez came on for Miguel Trauco at the start of the second half and suddenly Peru got more of the ball and denied Neymar the freedom with which he had roamed in the first half.

Four minutes into the second half and Ederson was needed, to pull off a save from Gianluca Lapadula. Garcia could have done better in the 52nd minute when he had a good shooting chance from just outside the box, but he fluffed his lines. Lapadula then had a shot blocked and then Garcia missed another shooting opportunity, this time inside Brazil’s box.

Garcia got one on target on the hour but Ederson was well-positioned to save. These forays from Peru awakened the Brazilians and they created goal-scoring chances through Neymar, Everton, and Richarlison.

Alexander Callens could have drawn Peru level with a header in the 81st minute but it missed Ederson’s right post by inches. Six minutes were added but Peru could not get the equaliser their second-half performance merited.

Brazil now awaits the winner between Colombia and Argentina in Saturday’s final though Neymar’s preference will be Lionel Messi’s Argentina.