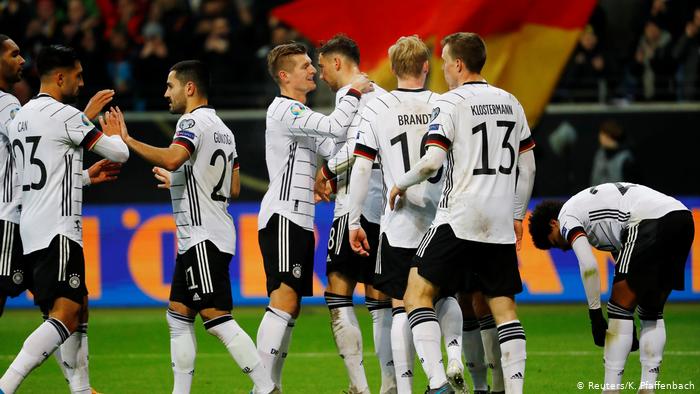 Euro 2020: It is Southgate’s youngsters against Low’s inconsistent team

The setting is Wembley, the venue of England’s most famous win over Germany, though it was 55 years ago.

Gareth Southgate and his young team [the youngest at this Euros] face the departing Joachim Low, who wants to leave on a high with this mix of youth and experience.

For emphasis, Germany have lost more times to England than they have won but their victories have been at crucial stages and tournaments.

While the Three Lions have only played in one major final, the Germans have been involved in eight and are four-time FIFA World Champions and three-time European champions.

Harry Kane. The England captain looked listless in the group stage, with his control and movement apparently off.

But like they say, form is temporary and class is permanent; Kane has scored 34 goals in 57 caps-more than the world-class average of a goal every two games.

Low saw his team huff and puff in the group stage. Not bad against France, to whom they lost 1-0; exhilarating against Portugal, whom they blew off 4-2, and then almost abysmal against Hungary, whom they forced to a 2-2 result.

But the German public is watching, waiting, and largely unimpressed even though they emerged second from the Group of death. Can this German be more consistent like their peers from the past?

Will the first team to score be the team to go through?

“We’ve been knocking down those milestones for the last three or four years and I think that’s been our mindset, that it doesn’t matter what’s gone previously. We’ve seen that history can be created and I think the players relish that challenge and we should see it as a challenge rather than be fearful of it.” – Gareth Southgate, England Manager

“It’s all or nothing from here on in. We have been erratic, but we know that we can be strong if we manage to get a few things right on the pitch. If we don’t, it gets tricky for us. It’s going to be a completely different type of match against England and we should benefit from that.” – Joachim Löw, Germany Manager

Gumel Emirate and the proposed Federal University of Technology, By Abba Garba

Suspected killers of UNILORIN student to be arraigned Wednesday