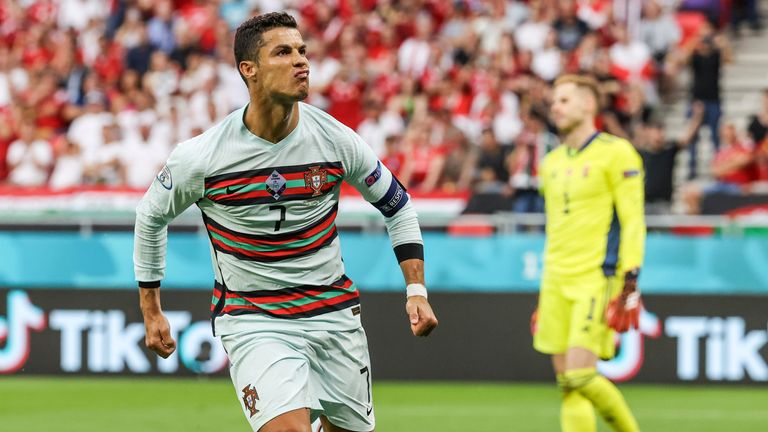 If the German team should lose to Portugal, there is the real prospect of not making the round of 16.

As much as German football fans were fearful of being grouped with France, Portugal, and Hungary at the Euro 2020 final; that fear may be transformed into something more benign on Saturday if the Cristiano Ronaldo-led Portugal Selecao deals the Die Mannschaft a fatal ‘Low’ blow.

This is Joachim Low’s curtain call and, the disapproval that has been building over the last three years, after they crashed out of the World Cup, will not abate if they conjure a way to crash out from Group F.

Low’s team members were not disgraced in their first match – even though they lost 1-0. There was so much to admire from their play and they will believe they were unlucky with Mats Hummels’ own goal.

In 18 head-to-head ties, Germany have had the upper hand -10 wins against three losses and five draws. The last Portugal victory was way back in 2000 when Ronaldo had not become the talisman and record goalscorer. In the last four meetings, Germany have won 11-4 on aggregate for four consecutive wins.

Ronaldo needs no introduction as he continues to break and set new records, though the more poignant question for the manager, Fernando Santos, to answer is how the team will fit Ronaldo’s main strength-scoring goals, whilst granting him freedom from defensive duties.

For Low, just like many German papers are inferring – should he resort to a front five of Bayern Munich players to give the team more synergy and fluency, especially in the final third, against a Portuguese side that does not concede many goals -three in their last six?

“Portugal do not only have Cristiano Ronaldo in attack but four or five other players with outstanding abilities. They are capable of deciding big matches like this on their own. They are adaptable and technically strong. It is so difficult keeping them at bay because it’s so tough to take the ball away from them.” – Joachim Low, Germany Manager

“I’m not afraid of Germany at all. I think the two teams will respect each other because they know that on both sides there are powerful forces capable of deciding the game. Now to think that Portugal are favourites against Germany, playing in Germany, is crossing the line. If the players fell into that way of thinking, we wouldn’t even draw this game!” – Fernando Santos, Portugal Manager

The match kicks off at 5 pm Nigerian time.

How #TwitterBan is limiting access to justice, shrinking civic space