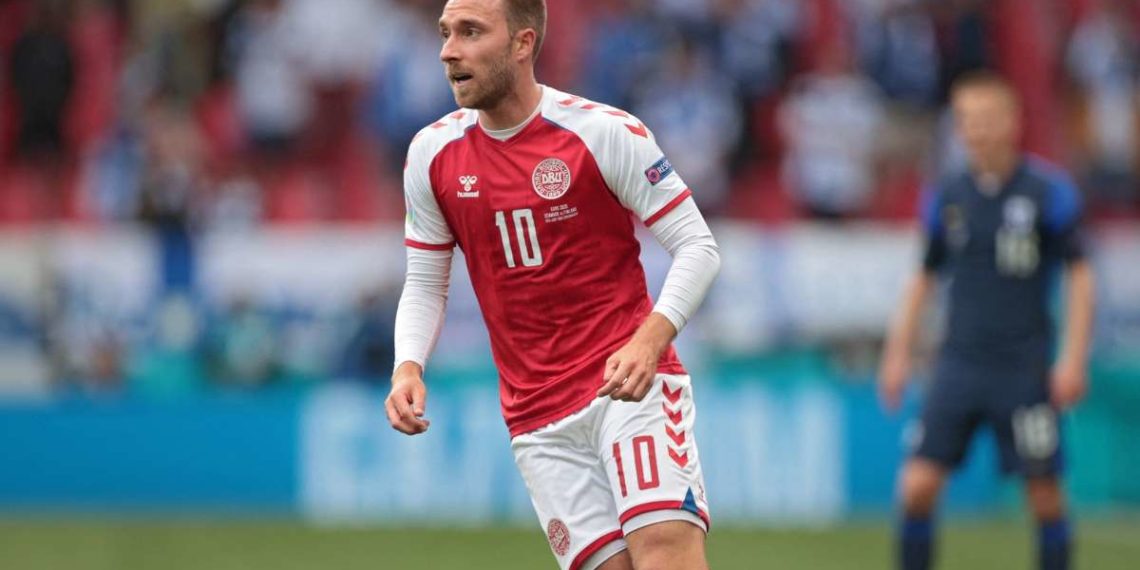 After surviving an on-pitch cardiac arrest against Finland, the Inter Milan star has been allowed to go home

Denmark Star, Christian Eriksen has been discharged from hospital after a successful operation.

The 29-year-old suffered a cardiac arrest in the 42nd minute of Denmark’s opening game against Finland last Saturday and had to be rushed to the hospital.

Denmark manager, Kasper Hjulmand, revealed that Eriksen watched Denmark’s match against Belgium on Thursday from a hospital located just 500 metres from the Parken Stadium in Copenhagen.

Denmark, who lost the match 2-1, took the lead less than two minutes into the encounter when Yussuf Poulsen slotted home after a defensive mixup by Belgium, sparking emotional celebrations inside the stadium.

Ten minutes into the encounter the match was paused as both sets of players, coaching staff and supporters gave a minute’s applause for the midfielder at the stadium.

The former Tottenham player visited the Denmark team on Friday and will now return home with his family.

Meanwhile, the Danish Football Association has called on UEFA to change its procedures following Eriksen’s collapse and the subsequent decision to resume the game.

The players were offered the chance to restart the match the same evening which they did and Denmark went on to lose 1-0.