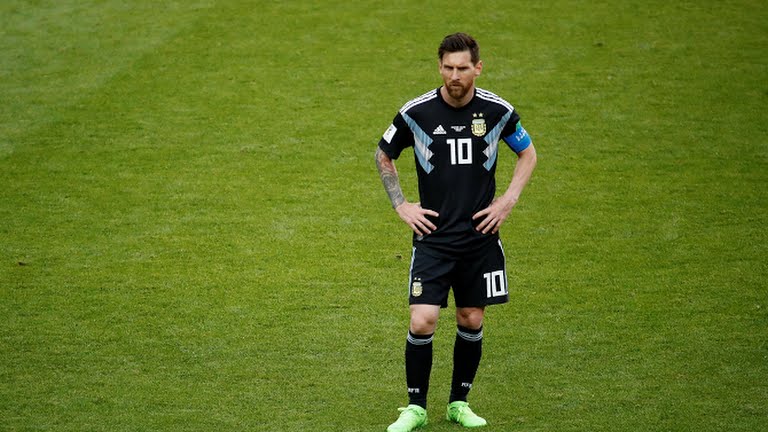 Argentina began their 47th Copa America campaign with a 1-1 draw against two-time champions, Chile, in the group stage opener.

This is the third time in the last 10 days that they haven’t turned dominance and ball possession into wins after taking the lead twice against the Chileans but having to settle for a draw.

The Albiceleste were the superior team in the first half and could have scored at least twice through Lautaro Martínez and Nico González, but they wasted big chances in front of goal.

Lionel Messi scored his 57th free kick as he surpassed Cristiano Ronaldo’s free kick record in the 30th minutes to put Argentina ahead.

The Albiceleste went into the break in front and were clearly the better team but had a narrow lead, which was the exact same script from their World Cup Qualifier with Chile 10 days ago.

La Roja equalised with their only real chance of the game when Arturo Vidal was fouled inside the box by Tagliafico. After a lengthy VAR check, Emiliano Martinez saved Vidal’s kick but the rebound was put back in by a combination of Eduardo Vargas and Vidal.

The final 30 minutes was one of continuous Argentina pressure as they searched for a winner. Messi created two opportunities for González, but he missed the chances.

Sergio Aguero came off the bench with 10 minutes left and made impact but couldn’t the needed goal for the win.

Meanwhile, four out of five teams will qualify from the group, the draw might not affect Argentina but it will have been seen as a morale-boosting victory for the Chileans.