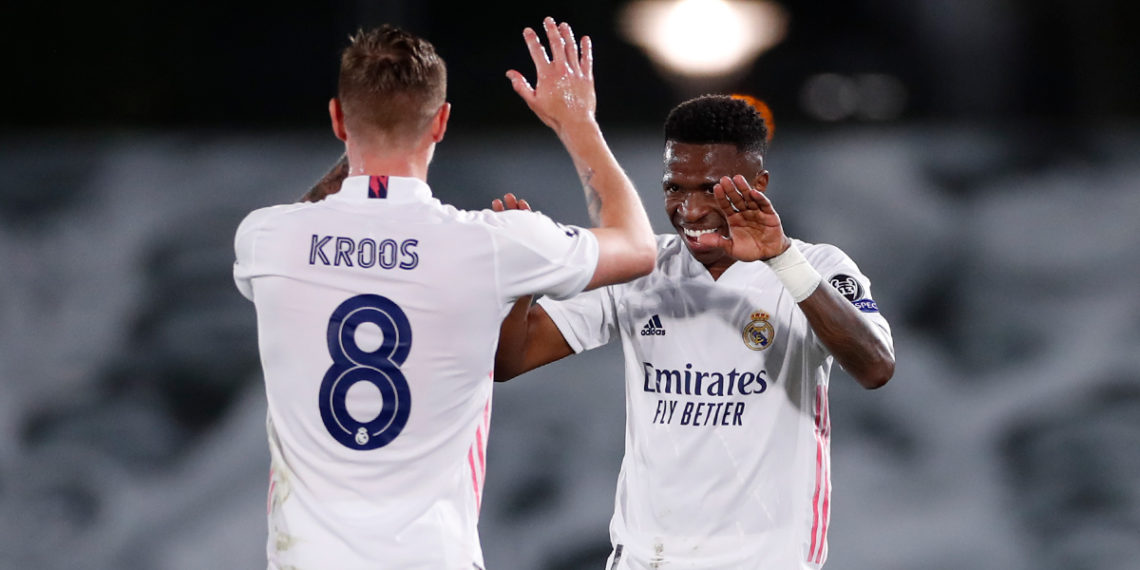 The race for places in the semi-final stage of the 2020/21 UEFA Champions League (UCL) is still evenly poised following the results recorded in the first leg quarterfinal games on Tuesday night.

Real Madrid at their temporary Alfredo Di Stefano home ground did well enough to beat Liverpool 3-1 to put themselves in good stead ahead of the second leg at Anfield.

Madrid who are the most successful team as far as UCL competition is concerned started Tuesday’s tie brightly with Vinicius Junior giving them the lead before the hour-mark after receiving a well-tailored cross from Toni Kroos.

Zinedine Zidane’s men showed they meant business when Marco Asensio doubled their lead less than 10 minutes after the opening goal after another sloppy defensive action by Trent Alexander-Arnold, whose header was pounced on by Asensio. Liverpool were very sloppy with their passing, especially in the first 45 minutes as they failed to have an attempt on target in the first half of a Champions League game for the first time since November 2014, which was also against Real Madrid.

However, the Reds came out better for the second half and their talisman, Mohammed Salah, pulled one back for the visitors barely five minutes after the restart.

At that point, it looked like the 2019 UCL champions would get an equaliser instead it was Real Madrid that restored their two-goal lead with another goal from Vinicius. The young Brazilian scored from inside the box from a pass from Luka Modric.

With Liverpool getting the vital away goal in Spain, they are still very much in this even though they would require a much-improved performance to progress at the expense of Madrid.

At the Etihad, Phil Foden provided a late goal for City as they edged Dortmund 2-1 in the first leg of their quarter-final tie.

Even though Kevin De Bruyne had shot City in front as early as the 19th minute, the Cityzens laboured until the 90th before they could claim victory after Marco Reus cancelled out their first-half advantage.

Just like Liverpool, Dortmund are also well placed with their away goal ahead of the second leg tie, which comes up next week Wednesday.