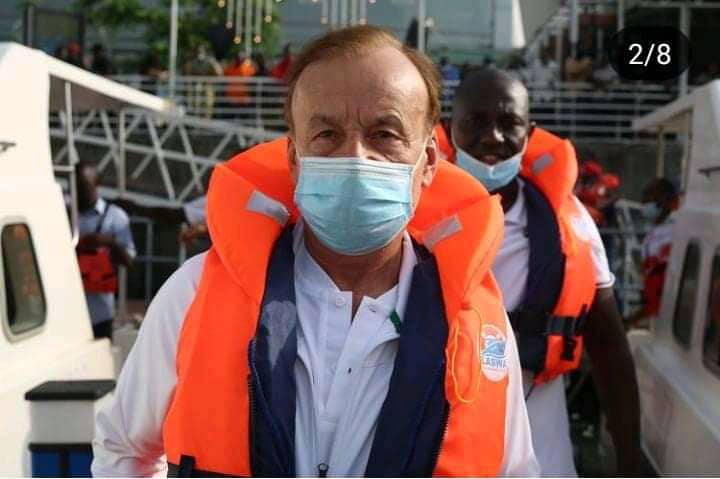 The Nigeria Football Federation opted for the 90 minutes journey by the waterways instead of taking a torturous road journey.

The Nigeria national football team arrived in Cotonou, Benin Republic ahead of this weekend’s AFCON qualifiers against the Squirrels.

The Nigeria Football Federation opted for the 90 minutes journey by the waterways instead of taking a torturous road journey through the Badagary expressway.

The team will now move by road to Porto Novo where Saturday’s encounter will be played. Contrary to speculations, the President of the Nigeria Football Federation and FIFA Council Member, Amaju Pinnick, assured that the team is happy to travel to the Benin Republic by the waterways as Lagos State, where the contingent is camped this time, “is the State of Aquatic Splendour.”

He praised Governor Babajide Sanwo-Olu ”for his many youth development schemes that are changing the face of Lagos State”. “I believe the Eagles will not only win in Porto Novo, they will come back and beat Lesotho and still play many more matches in Lagos going forward.”

Already, the Super Eagles have promised not to take things lightly when they take on their neighbours on Saturday, in one of the matchday 5 games of the 2021 Africa Cup of Nations qualification series.

Sierra Leone is scheduled to commence Group L with bottom-placed Lesotho at 3 pm GMT, and Nigeria and Benin are due to kick off at 6 pm GMT, which means the match in South Africa will have ended before the group leaders take to the pitch of Stade Charles de Gaulle.

A draw in Maseru will send Nigeria through to the AFCON finals in Cameroon, but the armada of Europe-based players assembled by Nigeria have said they are not interested in the encounter in Maseru and would rather concentrate on achieving a double over the Squirrels. 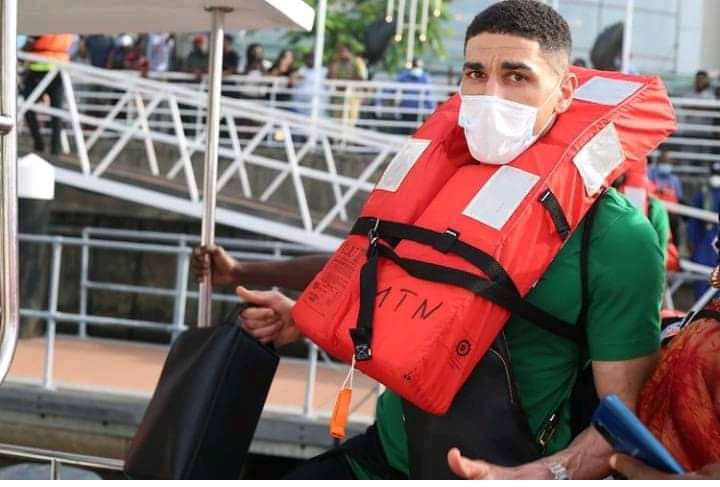 “We are not looking at what happens in Lesotho,” said Captain Ahmed Musa. “It is not necessary for us to bother ourselves with what they play. Our focus is to get the three points in Porto Novo and wrap up the qualification. Three points will get us to Cameroon no matter what anyone plays, and that is what we are determined to get.”

In the earlier fixture between both teams, in November 2019, the Eagles pipped the Squirrels 2-1 at the Godswill Akpabio Stadium in Uyo.

The Eagles followed that up with another 4-2 victory over Lesotho in Maseru four days later to fly to the top of the pool but two consecutive draws in their home-and-away duels with Sierra Leone a year later has delayed Nigeria’s qualification for the 2021 AFCON.

While the team appears to have overcome that experience and look sharp and ready for battle in their training sessions in Lagos this week, Technical Adviser Gernot Rohr has talked of the importance of rediscovering winning mentality to go into the FIFA World Cup qualifying battles with both wings in rude shape.

“I am keen for the winning mentality; we need it very much and when we rediscover it, we must keep it.”

The qualification will guarantee Nigeria’s 19th appearance at the Africa Cup of Nations, having won three times, secured the second spot four times, and finished third eight times in their 18 previous participations.