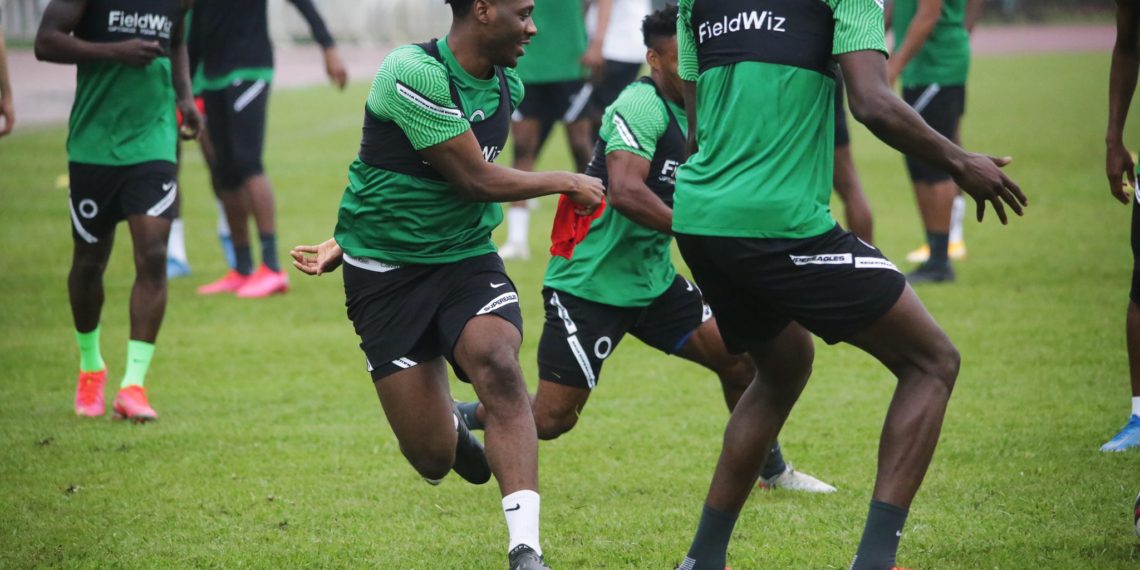 The Leicester City forward is expected to join Wednesday's session

Ahead of the Africa Cup of Nations Cup (AFCON) qualifying matches against Benin Republic and Lesotho, the Super Eagles had their first official training session at the Teslim Balogun Stadium, Lagos on a wet Tuesday evening.

Leicester City striker Kelechi Iheanacho was the only missing player in the session as the other 23 players invited for the March 27 and 30 matches were all present to kick-start preparation for the tricky ties.

The reason for Iheanacho’s absence was not clear even as his Leicester City teammate Wilfred Ndidi was present at the training having arrived earlier in the day at the Eko Hotel camp of the Super Eagles.

Team officials are confident the in-form striker, who at the weekend scored two goals against Manchester United, will be present for Wednesday’s session.

Meanwhile, the Super Eagles coach Gernot Rohr has said he would be gunning for victories in the games against the Benin Republic and Lesotho even though his team requires just a point from the two games to qualify for the next edition of the AFCON tournament billed for Cameroon.

According to Rohr, he is keen to restore the winning mentality back to the Nigeria team ahead of the fast-approaching World Cup qualifiers.

He said: “we are keen to restore a winning mentality to the group ahead of very crucial matches that we have ahead. It is important that we earn victories in the upcoming matches so that we get into our paces for the FIFA World Cup qualifiers. There will be tough games to come and we need to be rearing to go.” Nigeria is top of their group with eight points, one better than the Squirrels of Benin Republic, against whom they trade tackles at the Stade Charles de Gaulle in Porto Novo on Saturday.

Three days later, the Eagles will battle it out against the Crocodiles of Lesotho at the Teslim Balogun Stadium, Lagos-in what will be the national team’s first encounter in Lagos in almost 10 years.