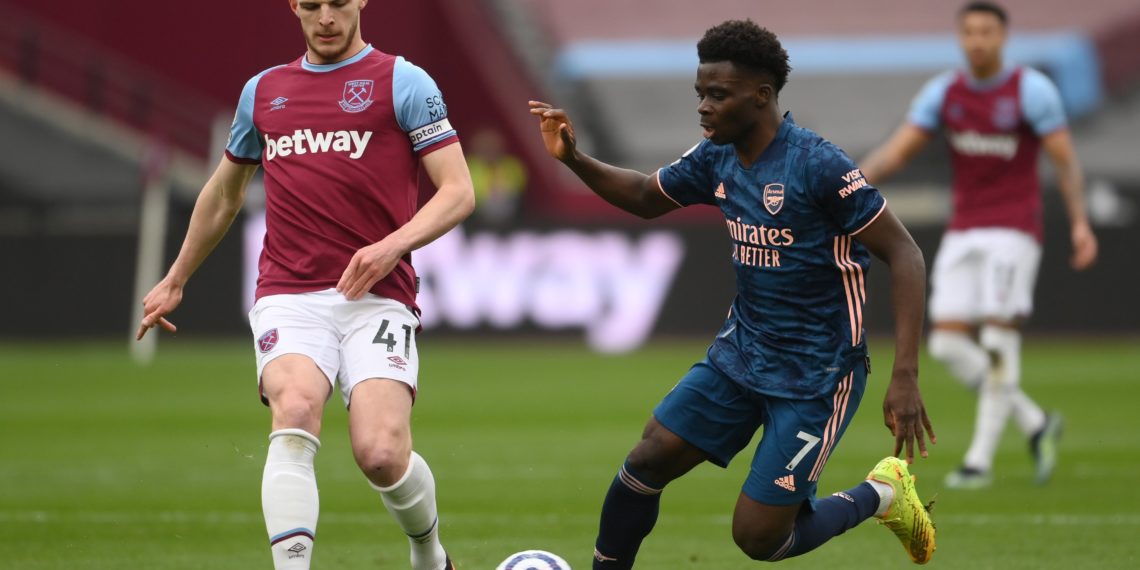 Arsenal came from three goals down to hold West Ham to a 3-3 result in their English Premier League (EPL) clash on Sunday in London.

The Gunners, who over the years have been seen as unreliable, started their derby clash in the worst possible manner conceding three goals inside a little over half an hour.

David Moyes’ men were in charge in the early exchanges and their pressure paid off in the 15th minute when Jesse Lingard continued his remarkable run with the Hammers setting the tone with a sublime strike from the edge of the box.

Within a flash, West Ham’s lead was doubled when Arsenal were caught cold by a quick free-kick taken by Lingard who teed up Jarrod Bowen who made it 2-0 for the hosts though Bernd leno should have done better as he was beaten at his near post.

The nightmare continued for Mikel Arteta’s side when two became three after the half-hour mark with Tomas Soucek making it 3-0 in the 32nd minute off a great header from Michail Antonio.

However, six minutes after, Arsenal’s unlikely comeback began and it was Soucek who gave the Gunners a lifeline with an own goal.

As stated by Opta, Soucek thus became the first player to score both a goal and an own goal in the same home EPL game for West Ham since Frank Lampard in 1998.

1998 – Tomas Soucek is the first player to score both a goal and an own goal in the same home Premier League game for West Ham since Frank Lampard v Leicester at Upton Park in November 1998. Box-to-box. pic.twitter.com/OiMfRC90Kf

West Ham shot themselves on the foot again with another own goal, this time from Craig Dawson as he had no chance from a fierce cross from Calum Chambers.

Arsenal’s remarkable comeback was completed in the 82nd minute when Nicolas Pepe’s accurate cross with his weaker right foot picked out Alexander Lacazette at the far post and he headed past Lukasz Fabianski to make it 3-3.

11 – Alexandre Lacazette has scored his 11th league goal of the last season, one more than he netted in the entirety of 2019-20. Comeback. pic.twitter.com/RG8ILcLT6w

The scores would remain unchanged in the final minutes even though Antonio hit the post when he should have scored as both sides made frantic efforts to snatch a win in the latter stages.

West Ham are fifth with 49 points while Arsenal moved up the table to ninth with 42 points.