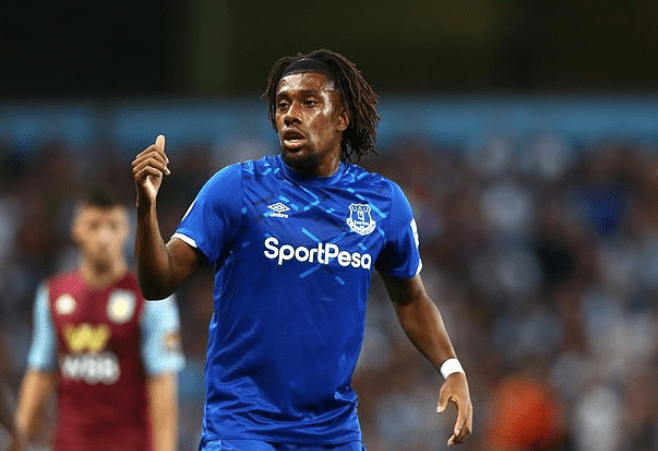 Alex Iwobi came on as a late substitute on Saturday but he could not change anything as Everton were ousted from the FA Cup by Manchester City.

The Toffees were sent packing by a rampaging City who are chasing an amazing quadruple of titles.

Late goals from IIkay Gundogan and Kevin De Bruyne saw Pep Guardiola’s men cruise into the quarterfinals with a 2-0 win.

Carlo Ancelotti was banking on the FA Cup to end Everton’s long trophy drought which dates back to 1995 and while they did well enough to hold City to the latter stages of Saturday’s tie, they capitulated when it mattered most.

Everton having held on for long saw their ambitions dashed by Gundogan eight minutes to the end of the second half and a second soon followed, scored by substitute De Bruyne.

Everton will now have to double up in the EPL and see if they can gatecrash the top four party though it also looks like mission impossible already.

As for City, they are well on track to win the English Premier League; they are already in the quarterfinal stage of the UEFA Champions League where they will face German side Borussia Dortmund. In April, they will contest the final of the Carabao Cup against Jose Mourinho’s Tottenham, who are also seeking to end a long trophy drought.

In the other FA Cup tie also played on Saturday, Southampton put aside their poor run in the EPL as they trounced Bournemouth 3-0 to progress to the next phase of the Cup competition.

Already, defending champions Arsenal have since been knocked out, thus paving the way for a new champion to emerge at the end of the season.

Article of Faith: Accepted In the Beloved (1), By Femi Aribisala