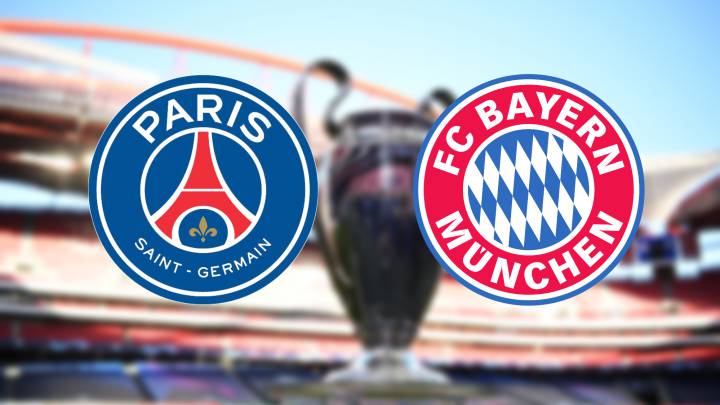 The UCL quarterfinal and semifinal draw were conducted on Friday in Nyon, Switzerland, and out came a repeat of last year’s final between defending champions, Bayern Munich and French heavyweight, PSG.

The three English teams will not meet at the quarterfinal stage while Jurgen Klopp does not need anything to inspire his team with a matchup against 13-time champions, Real Madrid.

The first legs will come up on April 6 and 7 while the second legs are scheduled for April 27 and 28.

Summary of the quarter-finalists

Manchester City: The Citizens want to win this title for the first time in their history-the major reason for the hiring of Pep Guardiola in 2016. Though Guardiola’s last triumph in the UCL was with Barcelona in 2011 but City look very formidable.

In this season’s competition, they have played eight games; scored 17 goals, and conceded just once. Can it be said that Borussia Dortmund will be a good draw for Guardiola to make it to a second semifinal with City?

Liverpool: Redemption for the 2020/21 season for Jurgen Klopp and his Liverpool team lies in Europe and they cannot be discounted because they are still a very good side, especially with that front three of Mohamed Salah, Roberto Firmino, and Sadio Mane.

In eight matches in Europe, they have lost, once scored 14 goals and conceded three. Their last triumph with the big-eared trophy was in 2019. A meeting with Real Madrid should be incentive enough for Klopp and his players.

Chelsea: The Blues have become very difficult to score against under the new manager, Thomas Tuchel even though under the departed Frank Lampard, they finished the group stage with no losses. They also scored 14 goals in the group phase before dispatching Atletico Madrid 3-0 in the round of 16.

Their last and only triumph was in 2012 and their opponents, FC Port, will test all their resolve to the limit by proving to be awkward opponents.

Bayern Munich: The Bavarians still look very formidable, maybe not as intense as they were last season on the way to winning the UCL for the sixth time.

They have also been on an incredible run of 18 victories in 19 since their last defeat in the competition-a 3-1 loss to Liverpool in Match 2019. In Robert Lewandowski, they have a striker who is potent and leads the line magnificently and Bayern scored 24 goals, conceding seven en route this stage.

Hansi Flick will seek to further etch his name in the record books by becoming just the second team to successfully defend the UCL title, after Real Madrid but PSG will not be easy opponents.

Borussia Dortmund: With the goal-scoring rate of Erling Braut Haaland, Dortmund stand a distinct chance in these knockout stages.

The 20-year-old has scored 10 goals in six UCL appearances this season, breaking the record set by Lionel Messi and Cristiano Ronaldo along the way and Dortmund have scored 17 in eight matches this season.

If they seek to add to their one UCL title, Edin Terzic’s team must do better defensively against Manchester City as they conceded the second most goals-nine, of the last eight teams in the competition

Real Madrid: The record champions, with 13 titles have steadily improved as the competition has gone on and their 4-1 aggregate win over Atalanta in the last round showed all their qualities. Zinedine Zidane’s team has been hampered by injuries but he rejigged his team and they cannot be taken lightly.

Madrid have conceded 10 goals in eight matches this season and scored 15. The return of Karim Benzema and Sergio Ramos will boost their competitiveness when they face Liverpool.

FC Porto: Two-time champions kept five clean sheets in their last eight matches but conceded thrice away to both Manchester City and Juventus.

The task does not get easier with Chelsea though Sergio Conceicao displayed steely defensive resolve with 10 men in Turin, led by their evergreen defender-38-year-old Pepe. They scored 14 goals and five came from midfielder Sergio Oliveira, who has scored five including the two against Juventus that qualified them for this stage.

PSG: Is this the year for PSG and Mauricio Pochettino? PSG lost last season’s final 1-0 to Bayern Munich while Pochettino led Tottenham to the 2019 final, losing 2-0 to Liverpool.

This season has seen them knock out Barcelona with Kylian Mbappe scoring a hattrick in Barcelona. Neymar was absent for the two legs but he also has six UCL goals this season, the same as Mbappe.

They must bring their A-game to Europe when they face their final conquerors last season, Bayern Munich-there won’t be room for any mistakes.