Manchester City and Real Madrid booked their UCL quarter-final tickets without much fuss on Tuesday.

Manchester City completed their stroll into the quarter-final stage for the second season running with a 4-0 demolition of the German side, Borussia Monchengladbach, who have suddenly looked poor immediately it was announced that their manager, Marco Rose would be leaving to join Borussia Dortmund at the end of the season.

Breel Embolo had the first chance in the match on nine minutes but Ederson scrambled to save the ball for a corner.

A bullet from Kevin de Bruyne gave City the second leg lead after 12 minutes and Ilkay Gundogan followed that up six minutes with a neat finish to hand City a four-goal advantage. And it was game over for the German opponents.

Embolo should have halved the deficit when he was put through by Marcus Thuram in the 41st minute but his shot went wide.

The second half was a procession for City as they conserved strength after a job well done. Pep Guardiola sent on Fernandinho, Oleksandr Zinchenko, Raheem Sterling, Aymeric Laporte. And Sergio Aguero as City started thinking of their next opponents in the competition. They are trying to win for the first time.

Real Madrid booked their first trip to the UCL quarter-final stage since 2018 courtesy of a 4-1 aggregate win over Atalanta.

The 13-time champions had won the first leg 1-0. Atalanta and were up for this one. Gian Piero Gasperini set up his team to press as usual and they almost got off to the perfect start when Robin Gosens had a chance in the second minute but his shot was weak and straight at Thibaut Courtois.

Karim Benzema gave Madrid the lead after Atalanta goalkeeper, Marco Sportiello made a hash of a clearance that went straight to Luka Modric, who drove into the box and laid on a peach of a pass for Benzema to sweep home in the 34th minute. 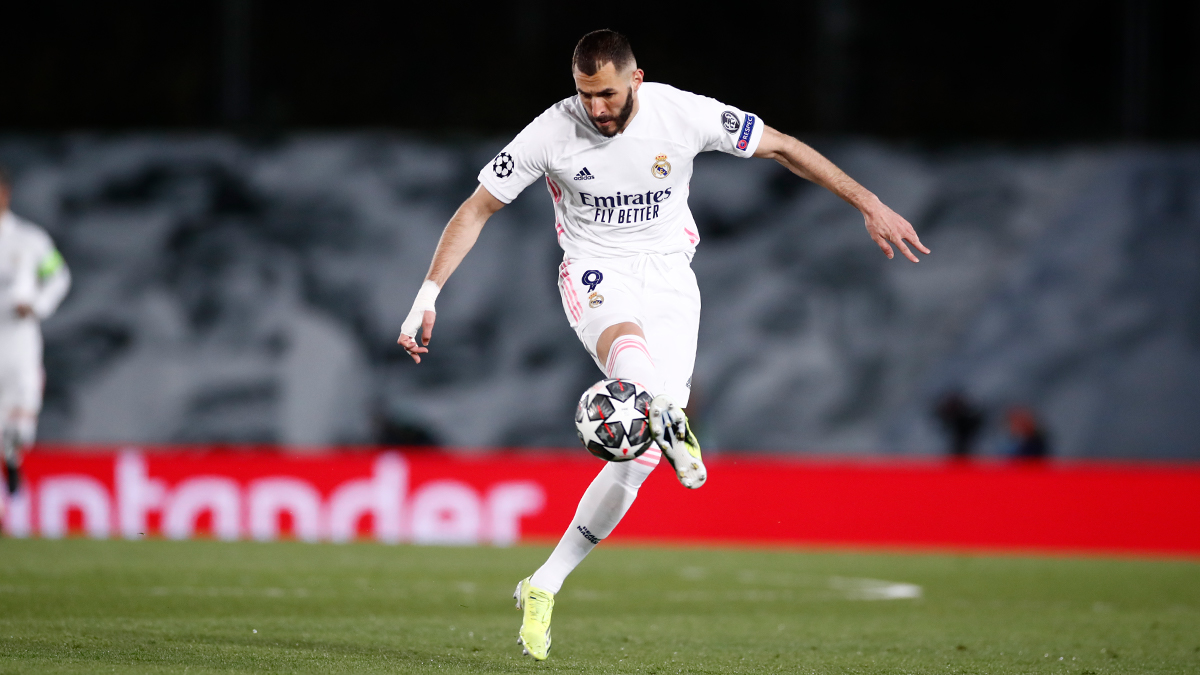 Sportiello made the mistake punished by Benzema in the first half and there was another gift, this time a penalty after Rafael Toloi brought down Vinicius in the box-though the Atalanta skipper thought he made the tackle on the edge of the box. Sergio Ramos stepped up to give Real Madrid a two-goal lead and 3-0 on aggregate.

Before then Vinicius should have scored the goal of the season with a barn-storming run that saw him fend off three Atalanta defenders but in a one-on-one with the goalkeeper, he screwed his shot just wide.

Substitute, Duvan Zapata, had a shot saved by Courtois and then Benzema had a double chance to extend Madrid’s lead in the 68th minute but Sportiello made the first save and from the rebound Benzema headed against the post.

Luis Muriel reduced the deficit with a glorious freekick in the 83rd minute but immediately afterward, Marco Asensio rifled in a shot from inside the box-his first touch after coming off the bench.

Real are through to a 17th UCL quarter-final as they continue to look formidable even with major injury absences.

The draw for the Champions League quarter-finals and semi-finals will take place on Friday, March 19.

Why children are prime targets of armed groups in northern Nigeria