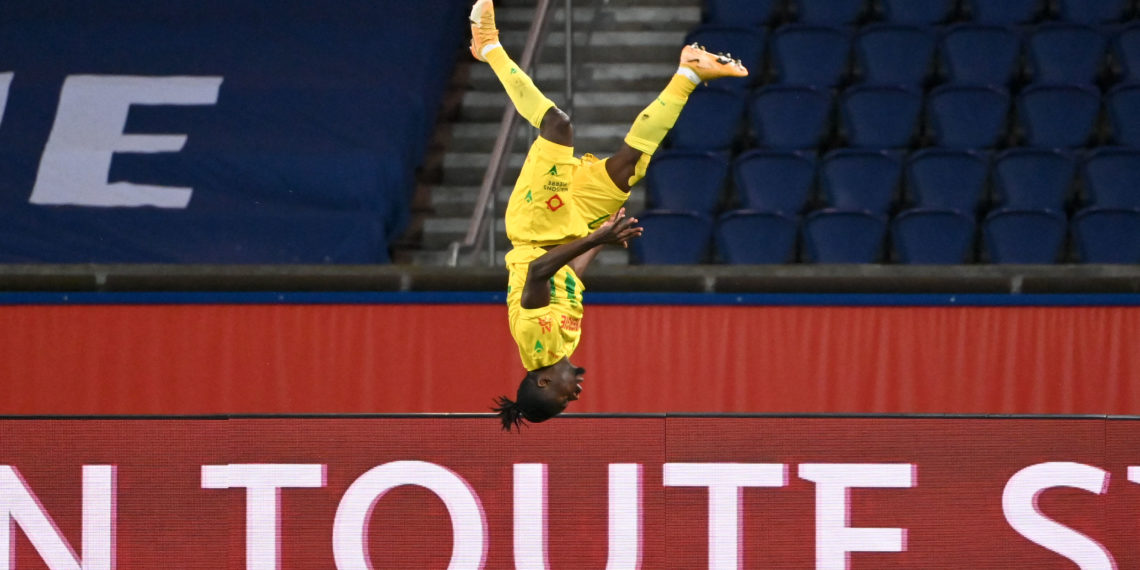 PSG have lost thrice in Ligue 1 in 2021-to Lorient, Monaco, and Nantes. Lorient and Nantes are among the bottom four clubs in the league.

PSG lost to both Lorient (2-3) and Nantes (1-2) and the winning goals from the two matches were scored by Nigerian forwards-Terem Moffi and Moses Simon.

The latest defeat was to Nantes on Sunday when Nantes-the 19th-placed team in the league incredibly came from a goal down to win 2-1 at the Parc des Princes.

Simon has not had as good as his 2019/20 season but on Sunday he rolled back the months to guide relegation-threatened Nantes to upset PSG by scoring the winning goal after 71 minutes.

It was Simon’s 24th league appearance and fifth goal in an injury-plagued season that has seen the Canaries struggle to maintain their Ligue 1 status. Simon has led that charge with three goals in the last month. Two of his three goals in 2021 have come away from home and they have fetched much-needed victories.

Moses opened the scoring away to Angers on Valentines’ Day as Nantes won 3-1. He scored the only goal at home to Reims but they lost 2-1 and then he scored again on Sunday to lead Nantes to a shock 2-1 win in the capital.

Julian Draxler gave PSG the lead in the first half; Randal Muani equalised in the 59th minute and Simon scored the winner with 19 minutes left on the clock. Simon’s goal was his only shot on target and he achieved a pass rate of 80%.

Next Sunday will be a six-pointer when Nantes, now in 18th place host Moffi’s Lorient, who are in 17th; just one point better before the match kicks off.

Nigeria at sixes and sevens as COVID-19 vaccination begins – Researcher