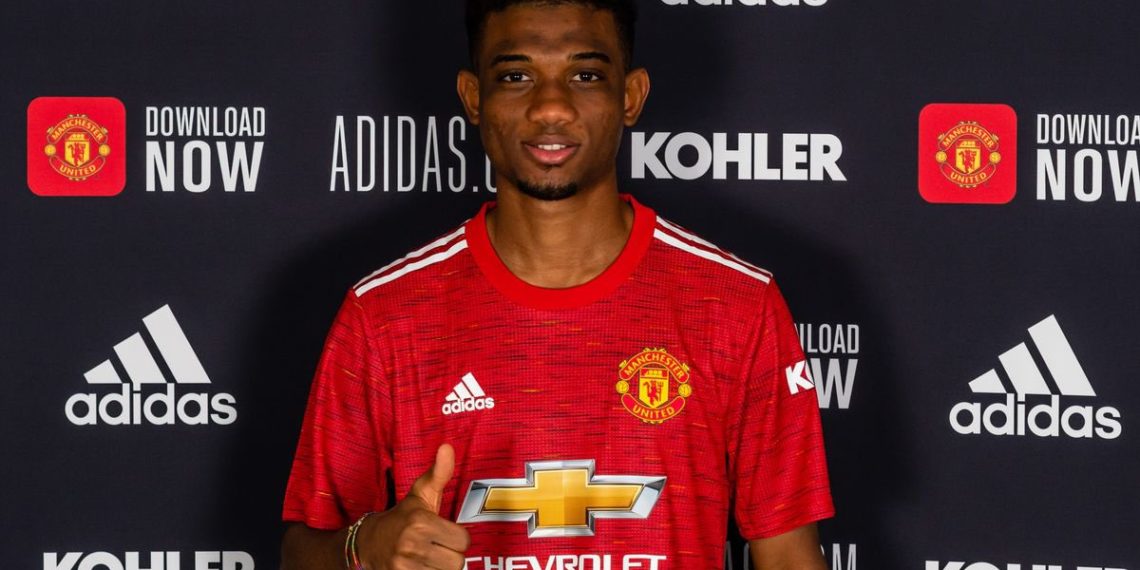 United were lacklustre on Thursday and were forced into a 1-1 draw against Milan.

Manchester United will travel to Milan next week needing a win after they were held 1-1 by AC Milan on Thursday. Debutant, Amad Diallo gave United the lead, after coming on at the start of the second half but Simon Kjaer equalized for the Italian side two minutes into added-on time in the first leg UEFA Europa League encounter on Thursday at Old Trafford.

Ole Gunnar Solksjaer made five changes to the side that beat Manchester City. Eric Bailly, Nemanja Matic, Alex Telles, and Mason Greenwood came into the starting 11 with Marcos Rashford an enforced absence. Milan came into the game without their talisman, Zlatan Ibrahimovic, and Rafael Leao had to lead the line.

Milan were on the front foot from the off and had two goals disallowed in the first five minutes. First, in the sixth minute, Leao thought he had sprung the offside and he scored past Henderson.

Reviews showed he was offside. Franck Kessie also thought he had given the Milan side the lead after 12 minutes but VAR ruled that he had used his left hand to control the ball before thumping a half volley past Henderson.

United grew into the match but they were restricted to half chances even though Anthony Martial’s effort tested Gianluigi Donnarumma. Maguire should have given United the lead six minutes before half-time but his volley came off the post from three yards.

The 18-year-old Diallo came on for Martial at the start of the second half and he took less than five minutes to announce his presence with a thumping header.

United had not been great but the goal came when they needed it. James should have sealed the victory on 71 minutes but he missed an open goal with the goal gaping.

With the match running out, Solksjaer sent on Luke Shaw, Fred, and Brandon Williams for Fernandes, Aaron Wan-Bissaka, and Daniel James. Milan sent on Sandro Tonali, Samu Castillejo, and Pierre Kalulu as they chased the equaliser.

And it finally came with two minutes of added-on time as Kjaer got on the end of a corner kick and looped his header over Henderson though some will say the United goalkeeper could have done better to save the effort.