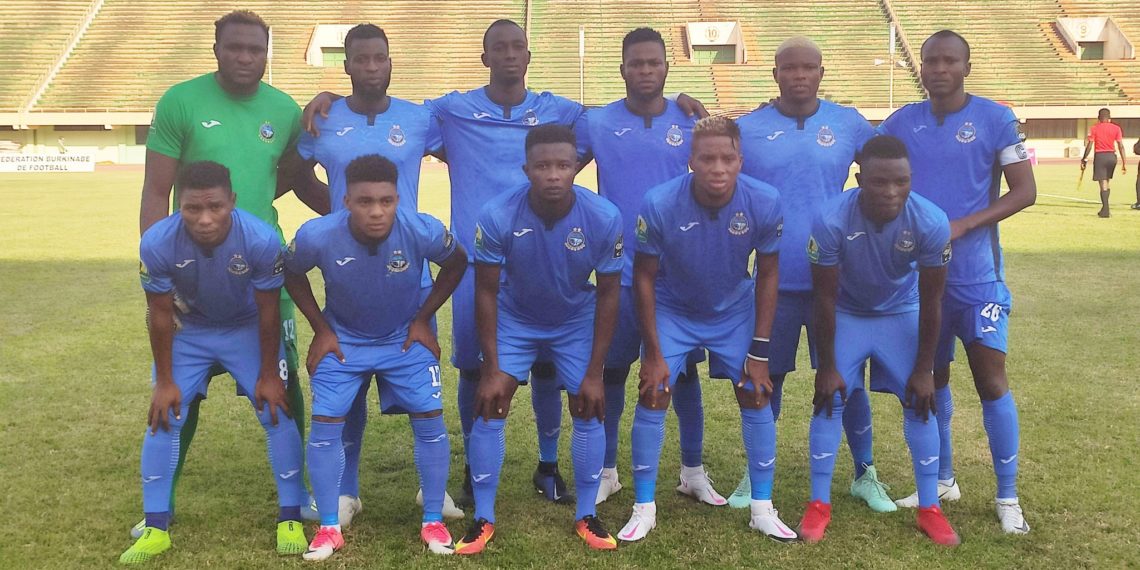 Enyimba’s quest to become the first team from Nigeria to win the CAF Confederation Cup started on a fairly bright note on Wednesday.

The People’s Elephant opened their campaign in the group phase of the competition with a 2-1 win over Libyan club Ahly Benghazi.

Enyimba enjoyed a good start against Ahly as they shot in front just 10 minutes into the encounter played in Aba at the Enyimba International stadium.

The opening goal for the two-time African champions was scored by their skipper, Augustine Oladapo, who fired in another trademark long-range effort.

However, Enyimba allowed Ahly Benghazi back into the game with an equaliser from Abdallah Imhamed before Victor Mbaoma had the final say with the winning goal of the encounter.

The Enyimba coaching team led by Fatai Osho settled for a more experienced starting line up which saw Nelson Ogbonnaya marshalling the defence.

While in the midfield and upfront, the likes of Oladapo, Anthony Omaka, Obi Samson and Mbaoma were all handed key roles, which, in the long run, played out well.

Enyimba with this home win will hope they can keep the momentum as they are rated among the best teams on the continent.

The People’s Elephants have their work cut as they are billed to face Orlando Pirates next Wednesday in matchday 2 games of the Confederation Cup.