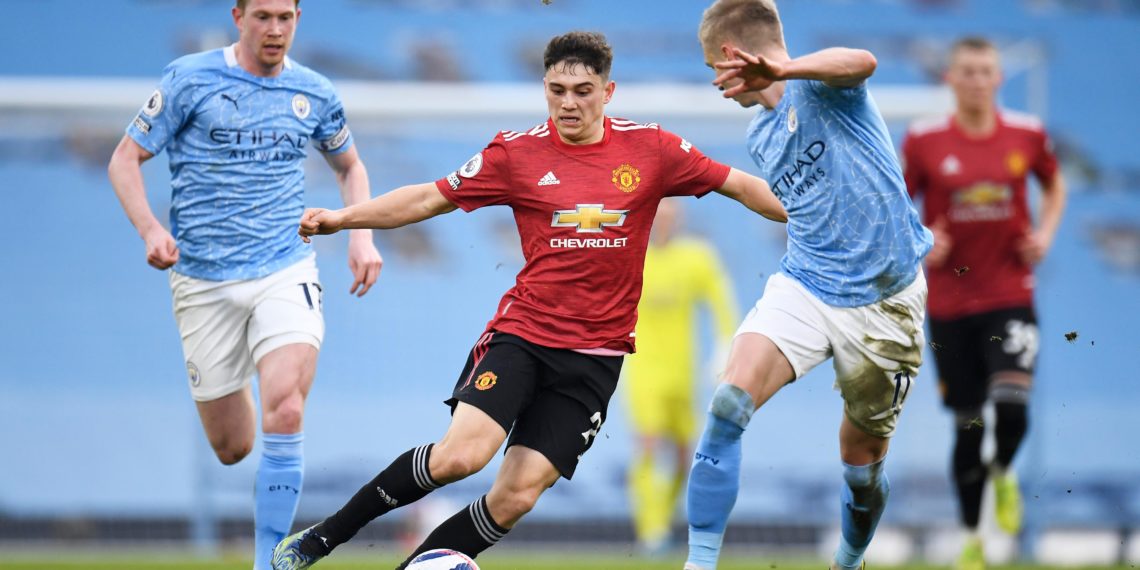 City were on a 21-match winning streak before Sunday's Manchester Derby.

Despite the massive points gap between the two of them, Manchester United on Sunday proved they know the way to beat City as they secured a 2-0 win in the derby clash at the Etihad Stadium.

Early goals, from Bruno Fernandes in the first half from the penalty spot and another few minutes into the second half by Luke Shaw, saw United extending their unbeaten run in away games in the Premier League.

While many had already concluded that Sunday’s derby clash will have no bearing on the title race in the Premier League, United were very keen to prove a point against their city rivals who prior to the derby were on an amazing 21-match winning streak across all competitions.

And thankfully for the Red Devils, they were gifted the best possible start when Gabriel Jesus conceded a penalty for tripping Anthony Martial in the first minute.

As always, Fernandes was on hand for the penalty duties and he calmly slotted it past Ederson in goal for City to give the visitors the lead.

Expectedly, Pep Guardiola’s men began an onslaught on United dominating every department of play but they could not just find the equaliser.

With the resumption of the second half, City started out like a house on fire and they almost got the equaliser in the 48th minute but Rodri’s effort hit the crossbar.

Moments after Shaw combined well with Marcus Rashford and the former scored the second goal for United in the 50th minute.

That moment was the first time Manchester City will be trailing by more than one goal in a Premier League home game since September 2020.

2 – Manchester City trail by more than one goal in a Premier League home game for the first time since September 2020 (2-5 v Leicester), while they've conceded as many goals in this game as in their previous eight league games at the Etihad combined. Stung. pic.twitter.com/YXwYtaZ5Qg

Unfortunately for City, there was no coming back for them as United held tenaciously to their 2-0 lead until the final whistle.

Incidentally, last season’s league clash at the Etihad Stadium ended in a 2-1 victory for Man United, with Rashford and Martial on the scoresheet for the 20-time English champions and both players had a hand in Sunday’s win also.

With Sunday’s result, Man City’s last home victory over the Red Devils in any competition was a 3-1 Premier League success in November 2018.