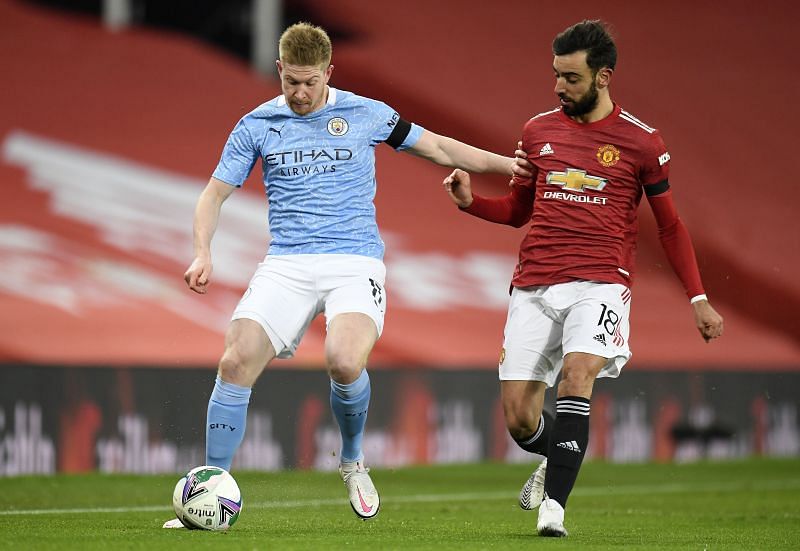 Manchester Derby (LIVE UPDATES): United out to prove a point

The two teams played out an uninspiring barren draw at Old Trafford earlier in the campaign.

Manchester United will hope to prove a point against their rivals when they clash Sunday evening at the Etihad Stadium.

While beating City to the Premier League title now looks virtually impossible, the Red Devils will take consolation in getting a good result all the same.

The Manchester Derby is one of the fiercest football rivalry in the world and this would be the 185th occasion both sides will be slugging it out.

The two teams played out an uninspiring barren draw at Old Trafford earlier in the campaign, but Ole Gunnar Solskjaer and United will need more than that to give themselves any chance of ruffling City’s feathers in any form.

On their part, a win for City would extend their lead over United to 17 points and also see Pep Guardiola and his players match the record 23 match winning run that Bayern Munich set for a European club last year.

Stay with PREMIUM TIMES for the live updates of the Manchester Derby.

2 mins: Man. City 0-1 Man. United – Bruno Fernandes takes the kick and gives United the lead despite Ederson getting a hand to the kick. 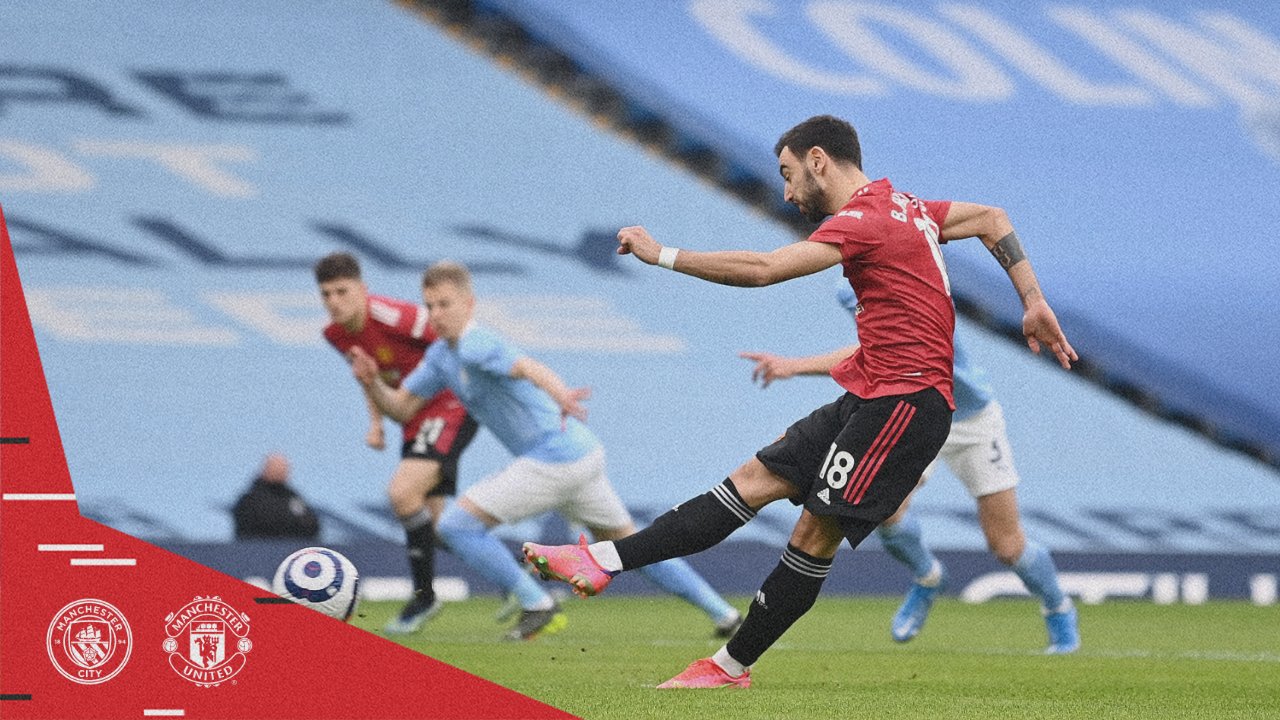 3 mins: City are jittery and Shaw shoots on target as Cancelo tried to dribble out of his box.

9 mins: Gundogan gets City’s first shot away but it is a comfortable save for Henderson. United have a concern for McTominay who is injured but he gets up immediately.

15 mins: Man. City 0-1 Man. United: Rashford gets on the ball after another sloppy giveaway from City and his shot is on target for Ederson to make another save.

19 mins: Gundogan sets his sight but his attempt is over the bar.

25 mins: Zinchenko stings Henderson’s gloves as City push United back in search for an equaliser.

30 mins: Despite City’s growing ball possession, United have kept them at arm’s length

32 mins: Maguire is shown the match’s first yellow card for a follow through on Gabriel Jesus.

36 mins: Gundogan almost unlocks the United defence with a pass to Sterling 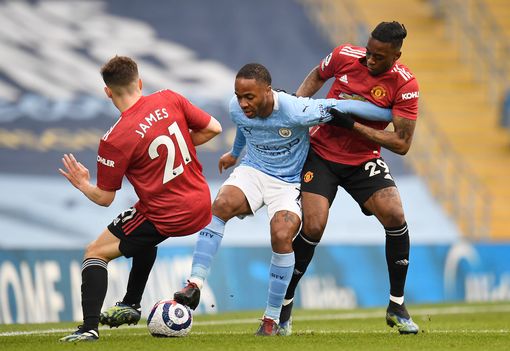 38 mins: Gundogan scythes through the United defence but his final shot is tame and straight at Henderson.

40 mins: Jesus has not had a good half of football. The Brazilian may not come out for the second half.

42 mins: De Bruyne’s free-kick is just over the bar, via a deflection

45mins: Jesus collides with the post as he tried to get on the end of a Mahrez shot.

HT: Man. City 0-1 Man. United – A quick goal from United after Jesus brought Martial down in the box after just 33 seconds. City were sloppy and jittery for the first quarter of the game but their dominance grew as the game wore on and by the end of the half, they were getting closer to an equaliser though Harry Maguire and Victor Lindelof have defended the spaces quite well. City had 68% of ball possession with four shots on target, mostly tame efforts while United have gotten three shots on target. It may be time for Sergio Aguero in the second half. 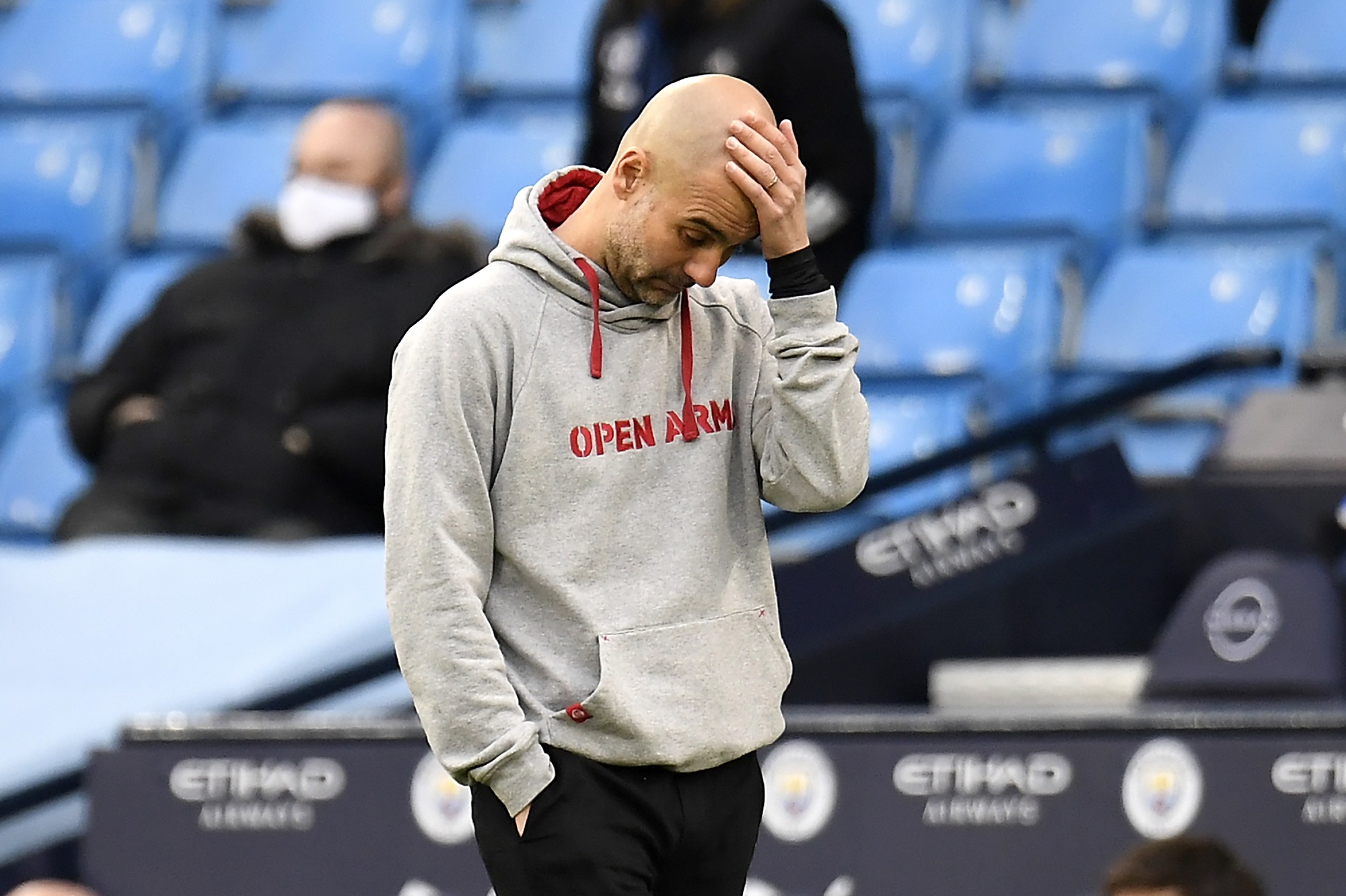 Second Half: It is 82 days since City last tasted defeat. Can they overhaul their first half deficit?

47 mins: Close!!! Rodri blasts his shot against the cross bar.

49 mins: Goal to United and they are two up at the Etihad. Luke Shaw goes on a mazy run and United repeat their first half trick with another goal this time from Shaw whose shot left Ederson stranded. 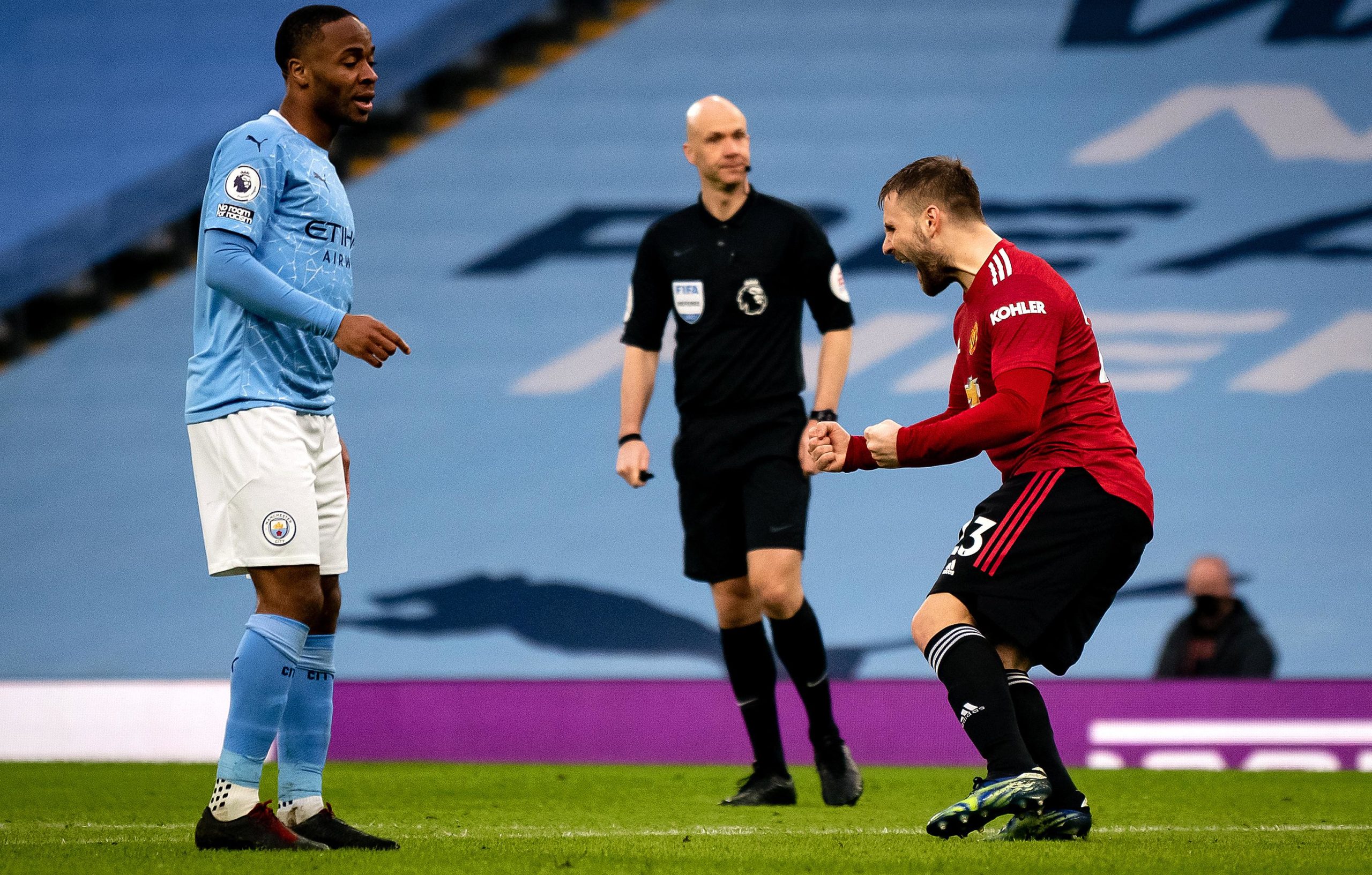 51 mins: Sterling overcomes Wan-Bissaka’s challenge but his shot is straight at Henderson.

55 mins: Martial is up for it and another driving run from the centre circle almost leads to another United goal attempt.

65 mins: Man. City 0-2 Man. United – City are finding it hard to get good scoring chances. Guardiola sends on Kyle Walker for Cancelo, who has had a poor game.

68 mins: Great chance for Martial but Ederson makes the save that keeps City in the match.

70 mins: Rashford is down injured after racing half the length of the Etihad pitch to deny Mahrez a pass into the United box.

71 mins: Phil Foden is on for Jesus as Rashford limps off the pitch and Mason Greenwood about to come on.

74 mins: Foden’s shot is wayward after a nice turn in the United box.

76 mins: Shaw is down on the turf and United may be forced into a second injury-enforced substitution.

79 mins: Sterling misses a gilt-edged chance from a Walker cross.

87 mins: Another half chance for City in the United box but no luck as Martial goes off for Nemanja Matic to see out the last five minutes.

90 mins: Five minutes have been added on.

FT: Man. City 0-2 Man. United – City’s lead is whittled to 11 as United consolidate the second position on the table with 10 matches left in the EPL season. United were dogged, closed spaces, and Ole Gunnar Solksjaer’s team took their chances. City’s winning run stops at 21 while United set a club record of going 22 games undefeated away from home in the EPL. 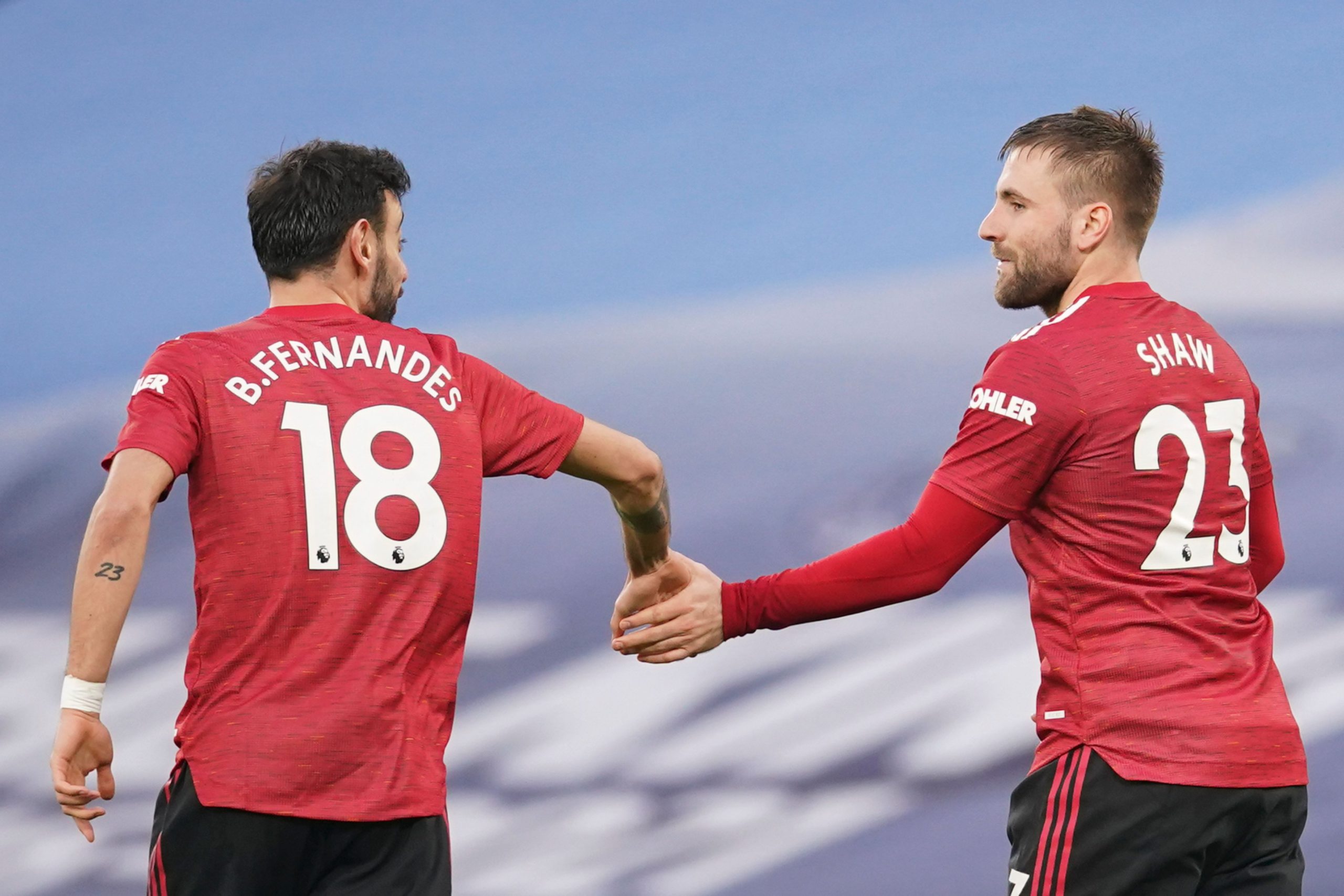