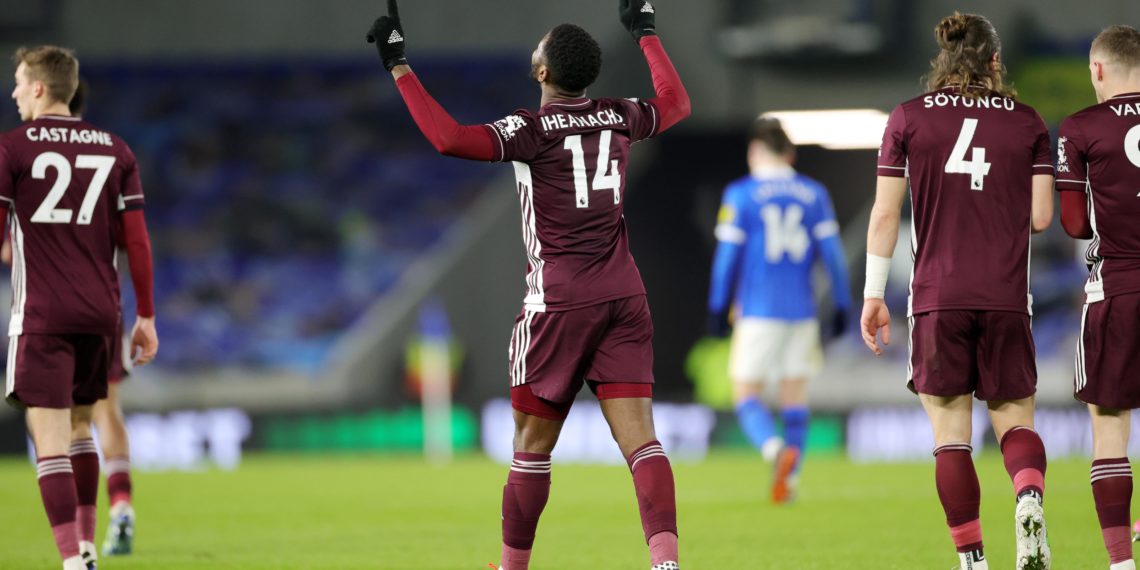 Iheanacho has scored four times in seven games for the Foxes

Kelechi Iheanacho is enjoying a good run of form lately as he added yet another goal to his tally on Saturday night; helping Leicester City to a 2-1 away win over Brighton in the Premier League.

Iheanacho who had rescued a point for the Foxes in another away tie at Turf Moor against Burnley got the equaliser for Leicester City against Brighton before Daniel Amartey grabbed the winner for the Foxes later on in the game.

Iheanacho has now scored four goals in seven games as City produced a surprise turnaround at Brighton, earning the maximum points that has seen them move up to the second spot on the log just behind Manchester City.

Iheanacho has been called upon in recent weeks because of injuries at the top end for City, but he is making the most of his chances and is ensuring his side continue to pick up points, even with James Maddison and Harvey Barnes out.

“He has a bit of everything,” Rodgers said on Iheanacho after Saturday’s win . “He’s come up trumps a few times recently, if you remember at Fulham he scored that important header.”

Rodgers added: “In the first half it got away from him too much, he had too many touches and was losing possession, but when he intensified his game, he played quicker and his finish was superb. That’s the level of confidence he’s at.”

With the Super Eagles coach Gernot Rohr set to make public his list of players for the AfCON qualifying games against Benin Republic and Lesotho this week, Iheanacho is one of the sure bets to be on the roaster.