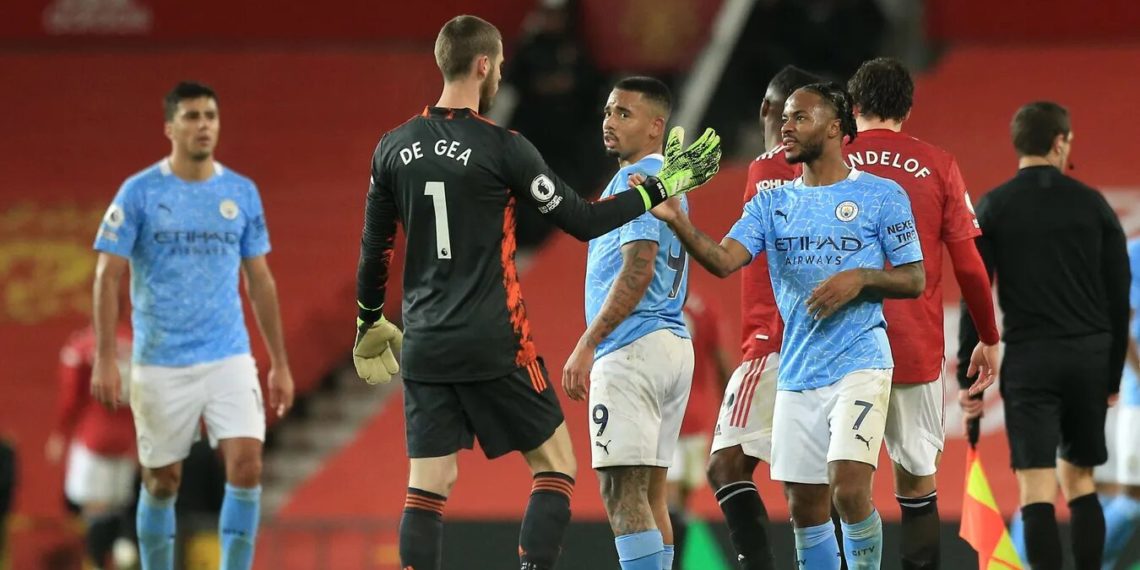 Smarting from letting slip a 2-0 lead away to Dakkada last weekend, Pillars will be desperate to get all three points against Rangers, who have the same points-23, and have the same number of wins, draws, and losses.

They also have scored the same number of goals and conceded the same, which means the teams are equal in all facets of the league. Pillars’ technical adviser, Emmanuel Lionel Soccoia lamented his side’s inability to finish up chances created against Dakkada as their weakness after losing to Dakkada despite taking a two-goal lead.

Rangers have won once on the road in the NPFL this season while Pillars are yet to concede at the Sani Abacha Stadium-scoring eight goals in their last six home matches.

Man. City are on a 21-match winning run while United are also on a 21-match unbeaten run in away matches in the EPL. But Ole Gunnar Solskjaer’s team have not scored in their last three EPL encounters and have not conceded.

Pep Guardiola’s record-chasing City team have scored eight times and conceded just twice. City will take the initiative and press United, the Red Devils are well set up to hit teams on the break with their lightning-fast forwards. David de Gea will be replaced by Dean Henderson but Paul Pogba is still out injured and Anthony Martial is also a doubt.

City only have Nathan Ake as the only injury doubt, though the defender is back in training. United have done well at the Etihad lately and have won thrice in their last four visits to their neighbours in the EPL. That is a buoyant record to hold over Guardiola’s City and will look to stop the march of the champions in waiting.

The 129th Der Klassiker holds on Saturday with Bayern Munich in pole position to pull farther away from Borussia Dortmund. On the Bundesliga table, Bayern are 13 points better than the fifth-placed Dortmund, who though have the better current form-having won four and drawn one in their last five matches while Hansi Flick’s Bayern have dropped points in two matches-a loss and a draw.

But the Bavarians have a stranglehold on the fixture as seen in the recent head-to-head. Bayern have scored 13 times and conceded just twice against their avowed rivals in their last four matches-all wins.

There are many injuries on both sides but Dortmund’s could be the more telling as they have Jadon Sancho, Raphael Guerreiro and Giovanni Reyna sidelined while Bayern can recall Thomas Muller from COVID-19 though Benjamin Pavard could miss out with the after-effects of the virus. Serge Gnabry is also fit and could start on the bench.

Was there ever a Madrid derby that has had a greater implication than the one on Sunday at the Estadio Wanda Metropolitano? Atletico have a five-point lead and a game in hand over Real Madrid, but Diego Simeone has not beaten Zinedine Zidane’s team in the last nine league meetings.

There may not be a better time to claim derby rights than now. Zidane has had to deal with a plethora of injuries that includes Eden Hazard, Mariano, Daniel Carvajal, and Sergio Ramos. There is also a doubt on the inclusion of top scorer, Karim Benzema, who has not trained all week.

Meanwhile Simeone will get to name Kieran Trippier, after the right back served a suspension for a betting charge and Yannick Carrasco in his matchday squad. Barcelona will watch this one keenly as they will take advantage of any slip to move towards the top of the table.