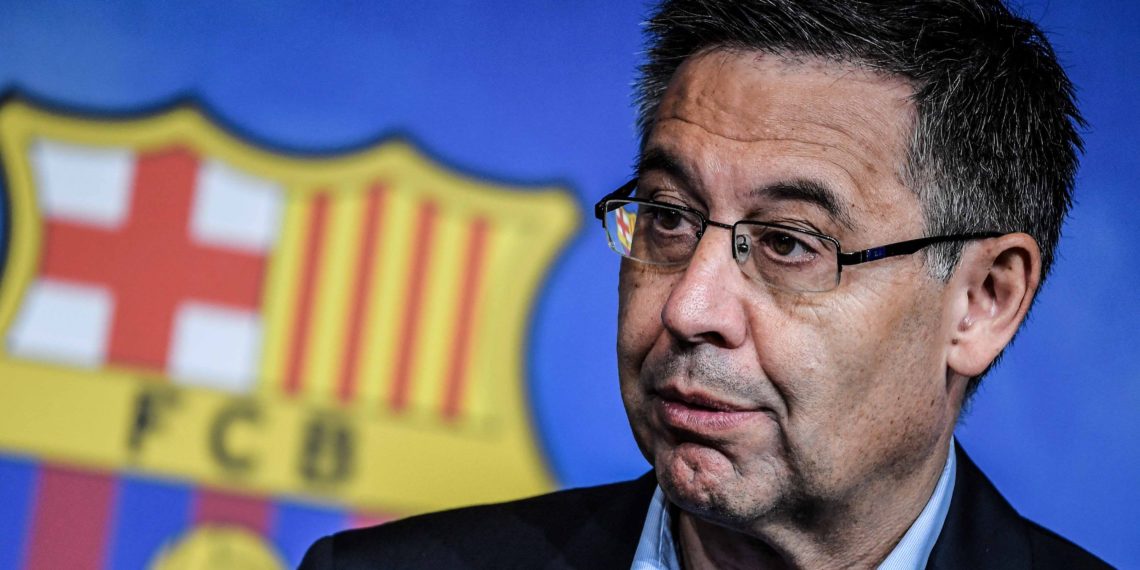 Three others were reportedly arrested alongside the former Barca president

While Barcelona already have their fair share of problems on the pitch as they continue struggling to get favourable results in La Liga and in the UEFA Champions League, more problems seem to be brewing off the pitch for the Catalan club.

Multiple reports, including Sky Sports, revealed Barcelona’s offices were searched on Monday morning and Catalan police made an unconfirmed number of arrests.

Police said detentions were made but did not say who or how many people were taken into custody.

Barcelona confirmed the raid on their offices in a statement they also issued on Monday saying: “Regarding the entry and search by the Catalan Police force this morning at the Camp Nou offices by order of the Instructing Court number 13 in Barcelona, which is in charge of the case relating to the contacting of monitoring services on social networks, FC Barcelona have offered up their full collaboration to the legal and police authorities to help make clear facts which are subject to investigation.

“The information and documentation requested by the judicial police force relate strictly to the facts relative to this case.

According to Goal, former Barcelona president, Josep Maria Bartomeu, is top among those arrested as part of a fresh investigation into ‘Barcagate’ at Camp Nou

The football portal also revealed the identities of three others also arrested alongside the former Barca chief.

The arrests are reportedly in relation to the “Barcagate” scandal in which the club allegedly hired a social media company to publicly discredit players and staff.