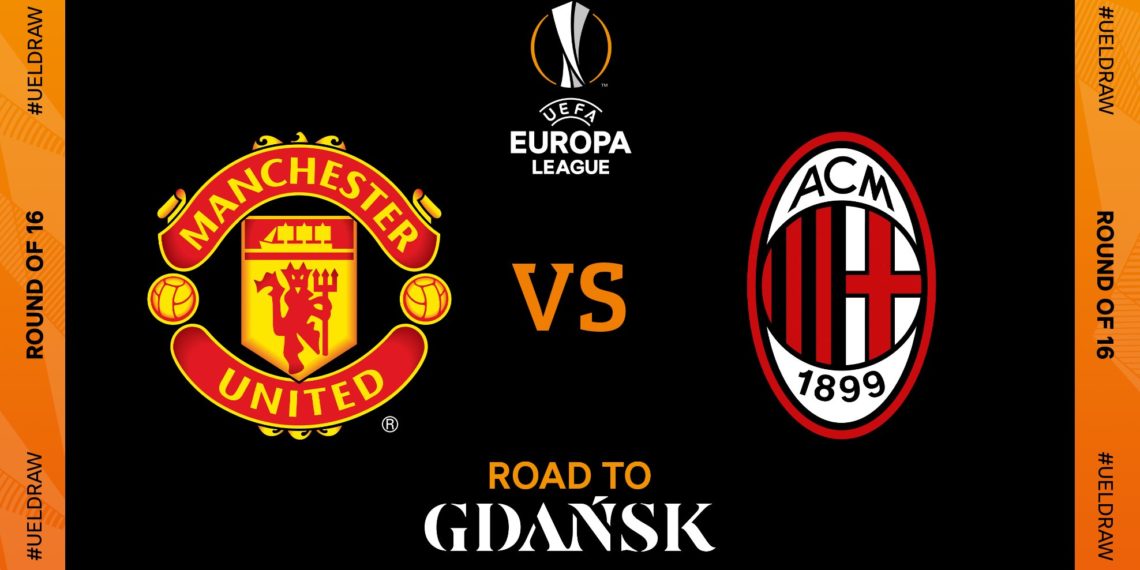 Europa League: Manchester United draw AC Milan in Round of 16

Two European heavyweights-AC Milan and Manchester United have been drawn against each other in the round of 16 of the UEL.

The draws of the round of 16 ties in the 2020/21 UEFA Europa League were drawn on Friday and the star fixture will be that between Manchester United and AC Milan. Both are former European champions but United have one triumph-2017, in Europe’s second trophy while AC Milan have never won it. The two teams have met thrice in European competition, and all the ties have been won by the Italians.

England have three teams in the round of 16-United, Tottenham, and Arsenal, who needed an 88th-minute goal to overcome Benfica 4-3 on aggregate. United beat Real Sociedad 4-0 on aggregate while Tottenham humbled Wolfsberger 8-1 over two legs. Arsenal will play their first leg away to Olympiacos while Tottenham are also away to Dinamo Zagreb.

Leicester City conquerors, Slavia Praha have a date with another English side in Glasgow Rangers.

“Oaks of Righteousness”: Bishop Kukah and His Nation (1), By Toyin Falola