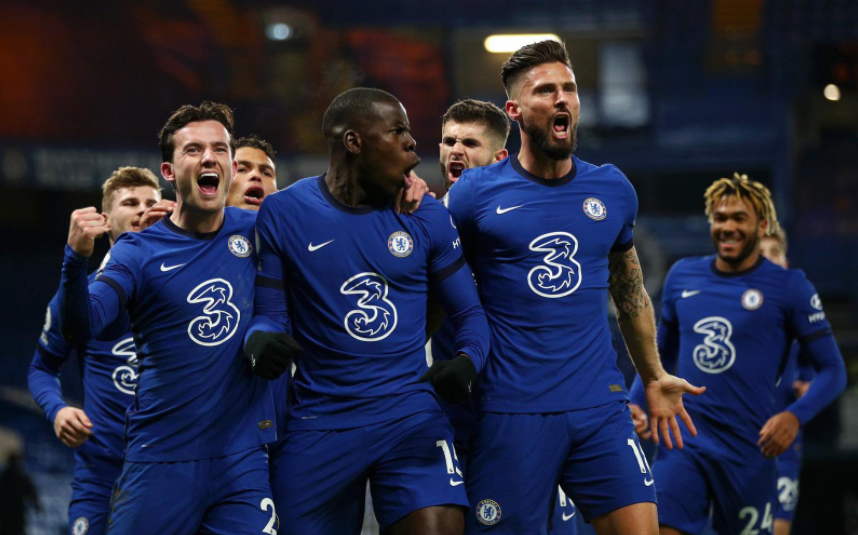 EPL Round Up: Chelsea go top with comeback win over Leeds United

Tottenham and Liverpool can overtake Chelsea on Sunday

Chelsea have momentarily shot to the top spot on the Premier League standings following their 3-1 comeback win over Leeds United late Saturday night at Stamford Bridge.

The Blues started on the back foot after Patrick Bamford gave the visitors the lead just four minutes into the game.

However Olivier Giroud continued from where he stopped in the Champions League as he restored parity for Chelsea in the 27th minute.

34 – At 34 years and 66 days, Olivier Giroud is also the oldest player to ever score in six consecutive Premier League starts. Maturity. #CHELEE https://t.co/JatIBJvHMq

Opta Stats reveal the French man is the first player to score in six consecutive Premier League starts for Chelsea since Jimmy Floyd Hasselbaink in October 2001.

After the first half ended even, Chelsea for the first time in the game shot into the lead just after the hour-mark with  Kurt Zouma getting the all important goal.

Christian Pulisic sealed the win late in the game as Frank Lampard’s men put in another good shift.

With the three points secured against Leeds United, Chelsea have now amassed 22 points from 11 games.

The Blues are enjoying a one point cushion at the top ahead of Liverpool and Tottenham who both have 21 points from 10 games.

Elsewhere at the Etihad Stadium, Ola Aina and his Fulham teammates were beaten 2-0 by Manchester City.

Raheem Sterling and Kevin de Bryune were the goal scorers for Pep Guardiola’s side.

At the London Stadium, Manchester United came from behind to register a 3-1 win over West Ham.

Mason Greenwood scored a brace while Paul Pogba also got one goal as the Red Devils continue to grind out the result.

With the goals against West Ham, United are only the second side in Premier League history to score 2+ goals in nine consecutive away games after Leeds in April 2001.

385 – Following their win at West Ham, @ManUtd have won more points from losing positions than any other side in Premier League history. Dogged. #WHUMUN pic.twitter.com/YUtFXvYE5n

Following their win at West Ham, United have won more points from losing positions than any other side in Premier League history. according to Opta Stats.

In the day’s early kick off, Alex Iwobi continued in unfamiliar wingback role for Everton.

The Toffees could only manage a 1-1 draw against Burnley at Turf Moor.