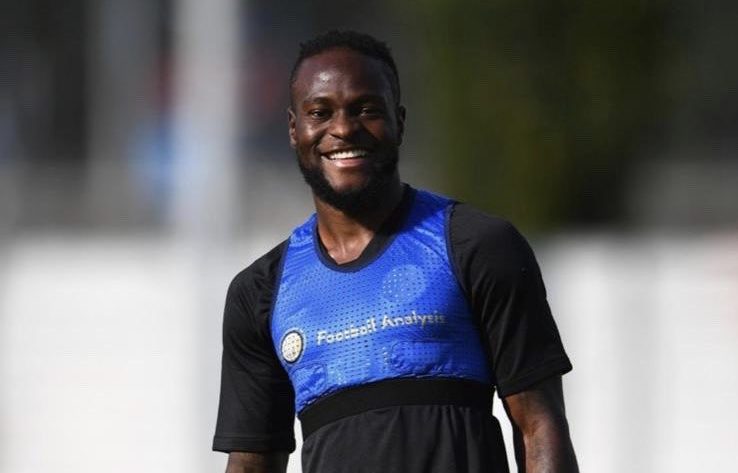 Moses is delighted with how things panned out in his maiden outing with Spartak Moscow.

Moses was introduced 10 minutes into the second half of Spartak’s away league tie to Khimki on Saturday.

It was the Moscow-based club that emerged 3-2 winners in the thrilling and equally physical encounter which saw the referee dish out nine yellow cards across the two teams.

The entrance of Moses seemed to turn things around for Spartak Moscow as they not only cancelled their one-goal deficit but added two more goals to race to a 3-1 lead before another Nigeria international, Brian Idowu, scored what was only mere consolation for Khimki as the game ended 3-2 in favour of the visitors.

Expectedly, Moses was happy with how things panned out in his maiden outing in the Russian League and he expressed his delight with a tweet where he wrote: “Delighted to make my debut for this great club! Great to start with a win yesterday, hopefully, the start of many.”

Spartak Moscow are joint top with Zenith St. Petersburg on the Russian Premier League standings with 24 points after 11 games.

Both teams have won seven games, drawn three and lost one match each but it is Zenith that have a slight advantage in their goals’ difference.

This development suggests that Moses can be challenging for another league title after achieving that same feat once with Chelsea in 2017 under the tutelage of Antonio Conte.

The 29-year was last on loan at Inter Milan. But before then, Moses had been shipped to Liverpool, Stoke City, West Ham, and Fenerbahce at different times from Chelsea.

Buhari salutes Gowon at 86, describes him as ‘gallant patriot’