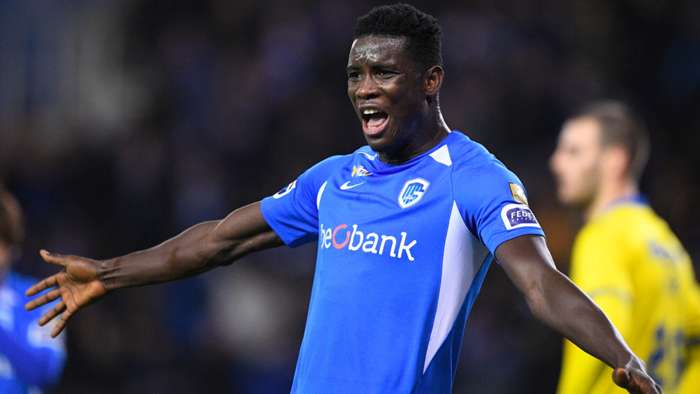 WATCH: Some Nigerian goals out of Europe

Some Nigerian footballers plying their trade in Europe have been banging in goals as the various leagues have started another season.

Paul Onuachu has taken his Super Eagles snub to heart, and he is bent on making Gernot Rohr sit up and listen as he scored another brace for Genk on Monday night.

Though his fifth and sixth goals could only earn a point against Oostende, the lanky forward has now scored six goals in six matches to jump to the top of the queue for the season’s top goal scorer.

He could have scored another in the 29th minute, but the goalkeeper parried away his sweet volley.

He equalised for his team at the Luminus Arena in the ninth minute and scored from the penalty spot in the 52nd to give Genk the lead, but the 10-men home team could not hold on.

Genk are placed 11th on the First Division A table after seven games.

The 31-year-old was a standout performer for Trabzonspor last season as they almost won the league title, but faltered in the last six games with their Nigerian talisman sidelined with an injury.

Mr Nwakaeme scored the third goal of the Week 3 encounter to pick their first win of the season after starting the season with a win and a loss.

Mr Nwakaeme’s goal, in the third minute of added-on time in the first half, was the pick of the bunch.

After being found by a pass from Lewis Baker, the Nigerian dummied two Malatyaspor to the pitch before unleashing a left-footed shot that zoomed into the right-hand post.

Brown Ideye, a free transfer to Goztepe in the summer, opened his account with the second goal in a 2-2 draw at home to Gaziantep FK last at the Goztepe Gursel Aksel Stadium. The 31-year-old 2013 Nations Cup winner scored in the 61st minute to give his side the lead, but Gaziantep FK fought back to earn a point from the penalty spot in the first minute of added-on time.

Goztepe are seventh on the Super Lig table with five points from three matches.

The 23-year-old scored with a header from a free-kick taken by Daniel Caligiuri in the 40th minute to give the home side the shock lead. Caliguiri then added a second in the 54th minute to make two wins from two at the start of the 2020/21 Bundesliga season.

Augsburg are second on the nascent league table.

Odoffin scored to help Hamilton Academical to a point

The 22-year-old former Wolves Academy player rescued the point with a stooping header 15 minutes from time. It was the defender’s third goal in eight league matches as Hamilton Academical occupy the 10th position on the league table after garnering seven points from the eight matches.

Senate to investigate alleged rape, murder of woman by SARS