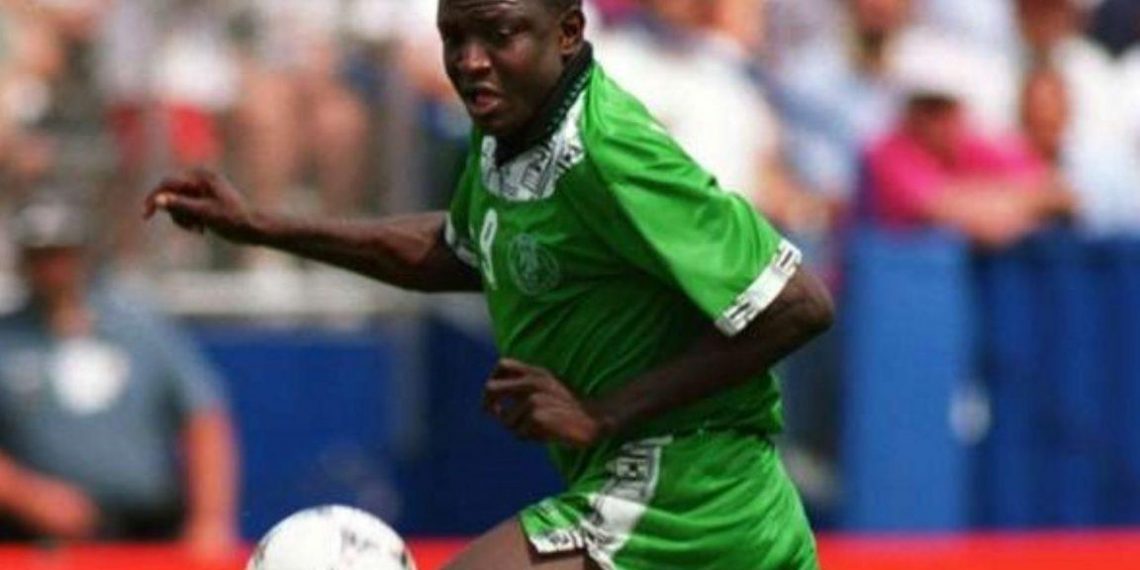 The Kwara State Governor, AbdulRahman AbdulRazaq, has confirmed that plans are now in place to immortalize late Rashidi Yekini by naming a stadium after the football legend.

The Kwara Governor made this disclosure when he visited the Minister of Youth and Sports Development, Sunday Dare, in his office in Abuja Thursday.

According to a statement issued from the minister’s office, Governor AbdulRazaq announced that progress has been made in immortalizing the football icon by naming the Kwara State Sports Complex Stadium Ilorin after him.

“We will send a bill to the State House of Assembly to immortalize Rashidi Yekini with the name of the stadium changing after the approval,” the governor was quoted as saying in the press statement.

The minister told the governor about the series of letters that the ministry wrote to the Kwara State Government for the immortalization of the late football legend.

Today, I received Kwara Governor, AbdulRahman Abdulrazaq in my office.I was excited to hear about his impressive investments in digital infrastructure projects for Youth in kwara.He disclosed his government’s positive response to the request by MYSD to immortalize Rashidi Yekini pic.twitter.com/120QUxE0mc

He wrote on his Twitter handle: “Today, I received Kwara Governor, Abdulrahman Abdulrazaq in my office. I was excited to hear about his impressive investments in digital infrastructure projects for Youth in Kwara. He disclosed his government’s positive response to the request by MYSD to immortalize Rashidi Yekini”

On his part, Jibril Mohammed, a close associate and legal representative of Yekini, told PREMIUM TIMES he is happy with this latest development though he noted similar promises have been made in the past.

He said: “This is a big development but we sincerely hope it would come to fruition because there have been similar promises in times past.

“I could remember the last speaker Razak Atunwa publicly said they had passed the law and only waiting for the governor’s consent then but we never heard anything afterward.

“So if this present administration wants to correct the mistakes of the past then it is a welcome development.”

The lawyer noted that several stadiums across the country are named after ex-internationals and he belives Yekini deserves same if not more for his hard work and dedication to the country.

He said: “We have many stadiums across the country that has been named after ex-internationals like the Samson Siasia Stadium in Yenogoa and many like that, I don’t think Yekini going by what he has done for this country and the circumstances which he died should be denied such honour.

“I really want to commend the governor for this latest laudable move and hope he will live up to his words.”

It has been eight years since the demise of Nigeria’s record goalscorer who died on May 4, 2012.

Despite the sadness in Yekini’s death, there is immeasurable pride in his achievements; some of which are still unmatched to date.