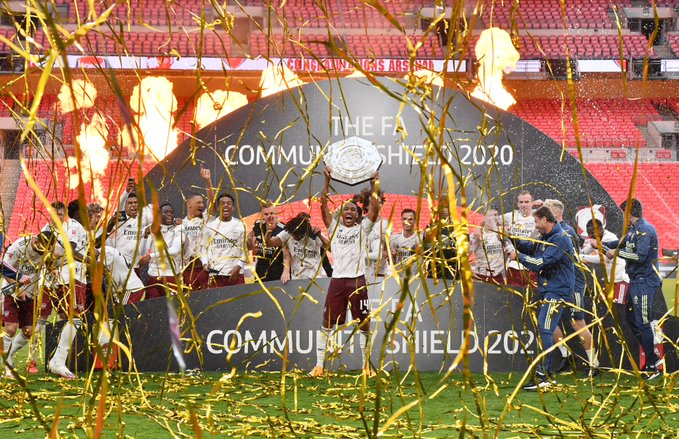 Few weeks after claiming the FA Cup at the Wembley stadium, Arsenal have picked another silverware at the same venue, this time the Community Shield.

Pierre-Emerick Aubameyang was the star man for Arsenal again as he helped the Gunners to a 5-4 penalty victory over Liverpool.

The Arsenal captain had shot his team ahead in the 12th minute before second half substitute Minamino got a late equaliser for the Reds.

In the ensuing penalty kicks, Arsenal scored all five while Liverpool lost one and that was vital as it handed the Gunners the season opening silverware.

This is the 16th time Arsenal are winning the Community Shield and they would be keen to have a better season this time having started on this note.

With the attention switching to the Premier League, Arsenal will be facing fellow London team Fulham in their first game while Liverpool will be begining their title defence against the newly promoted Leeds United team.