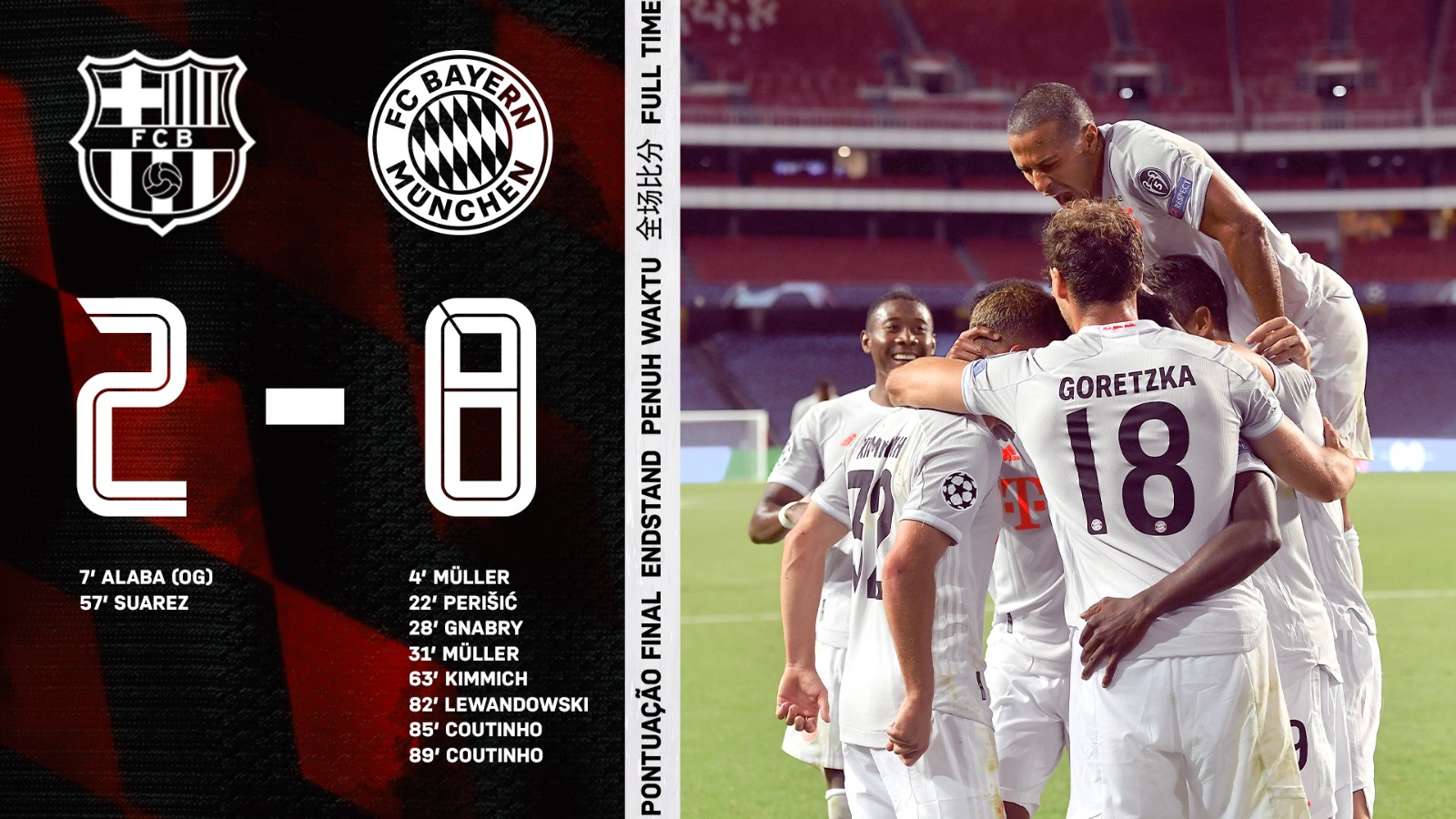 Bayern Munich have qualified for the semifinal of the UEFA Champions League and they did so in stunning fashion with an 8-2 thumping of Barcelona on Friday night in Lisbon.

The Bavarians who have been in spectacular form in recent times showed no respect for Barcelona, led by reigning world footballer of the year, Lionel Messi, as they scored four goals in each half and created a new record at the Estadio da Luz.

It was Thomas Mueller that opened the scoring in the 4th minute but Barcelona were gifted a quick equalizer three minutes after when David Alaba scored an own goal.

The Bavarians were simply ruthless as they blew the Catalan giants away and Ivan Perisic in the 22nd minute restored the lead after an exquisite pass from Serge Gnabry.

The former Arsenal man got himself on the scorers’ sheet as he made it 3-1 in the 28th minute before Muller completed what he started in the 31st minute to give Bayern Munich a 4-1 lead going into the half time break.

With the Bundesliga champions in the driving seat at the start of the second half, they did not take their feet off the pedal as the goals just kept pouring in.

But goals for Joshua Kimmich, Robert Lewandowski and two from Philippe Coutinho afterwards saw Bayern cruise to their biggest win ever in a Champions League quarter-final game.

For Barca, it Is a night they would want to forget as they conceded eight goals in a match for the very first time since 1946 according to Opta Stats.