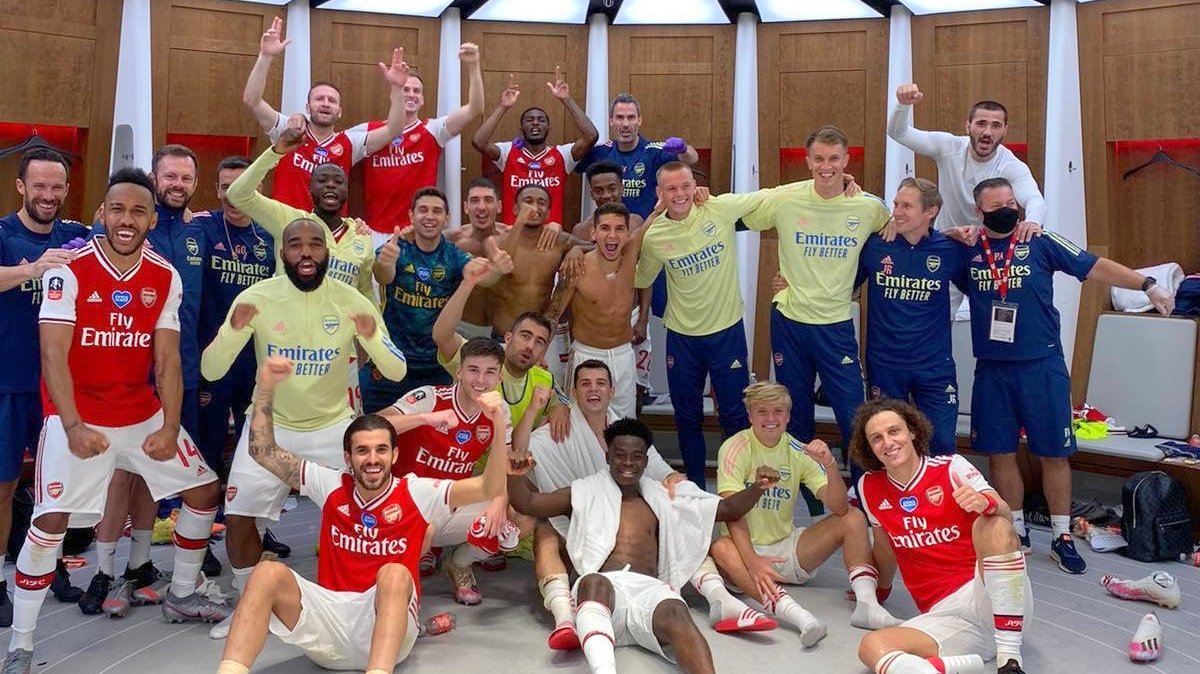 Pierre-Emerick Aubameyang with two well-taken goals against Manchester City fired Arsenal into the FA Cup final for this year.

Even though the Gunners were under greater pressure for large spells of the game, their Gabonese forward was clinical with his chances when it mattered.

City dominated the opening stages with Arsenal’s defence looking jittery in possession, especially when trying to play out from the back.

But it was Arsenal who would break the deadlock as Aubameyang, moments after missing a fine one-on-one chance, turned home Nicolas Pepe’s deep cross.

City could not force a response before the interval with Arsenal coming close to doubling their lead as Shkodran Mustafi’s header was tipped over by Ederson.

Arteta would have been delighted to head in at half-time with the lead, especially given how the game started for his side.

City were creating plenty of chances in the second half and were denied a penalty as VAR and referee Jon Moss agreed that Raheem Sterling had not been tripped by Mustafi.

Those misses came back to haunt the FA Cup holders with 20 minutes remaining as Arsenal broke forward on the counter-attack and Aubameyang raced onto Kieran Tierney’s pass to calmly slot home his second and double the lead.

There was no coming back for City who have now lost three FA Cup semifinals, all against Arsenal.