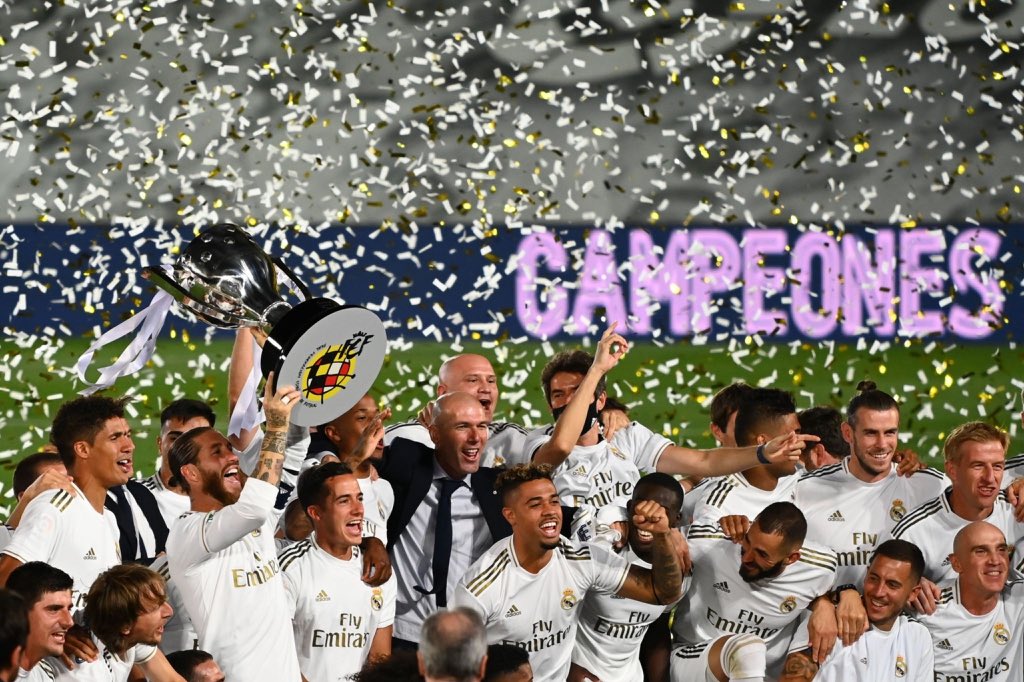 Real Madrid have emerged as the new LaLiga champions following their 2-1 victory over Villarreal on Thursday night.

Zinedine Zidane’s men went into Thursday’s tie knowing a victory over the Yellow Submarine would seal their first title in three years and with two goals from Karim Benzema they secured and an astonishing 34th La Liga title.

Benzema put Madrid 1-0 ahead just before the half-hour mark before scoring what was his 21st goal from the penalty spot in the second half.

Though Samuel Chukwueze’s Villarreal did pull a goal back, it was not enough to either delay or spoil the party for Real Madrid.

This LaLiga title is Zidane’s 11th trophy during his managerial reign at the club.

While it was all celebration for Real Madrid, their fierce rivals Barcelona slumped to a shock 2-1 defeat at Nou Camp against Osasuna.

Though Lionel Messi scored a wonderful free-kick, it was not enough to give them victory on the night let alone deny Real Madrid their celebrations as Osasuna scored a 94th-minute winner

Elsewhere, the chances of Kenneth Omeruo and Chidozie Awaziem surviving relegation from the LaLiga got a boost as their team Legannes secured a crucial 2-0 win away to Athletic Bilbao.

Legannes would need to beat Real Madrid in the final round of games on Sunday to stand the chance of escaping relegation.