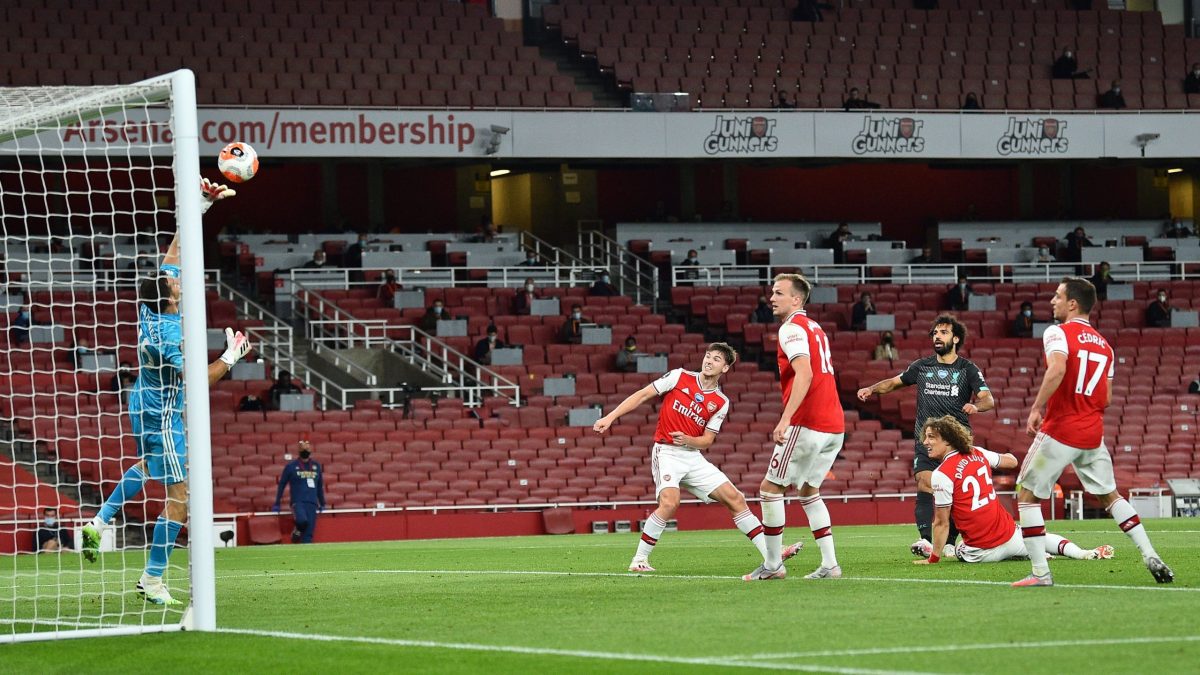 Arsenal may not have enjoyed the best of seasons but they did enough Wednesday night to beat champions Liverpool 2-1 in their Premier League tie at the Emirates stadium.

Coming from a disappointing defeat against city rivals Tottenham Hotspur, Arsenal needed to muscle up a determined performance to get a rare win over Jurgen Klopp’s men and for once the Gunners delivered on that.

Though Sadio Mane gave Liverpool the lead, uncharacteristic gaffes from Virgil van Dijk and then goalkeeper Alisson saw the Gunners come from behind as they put Sunday’s defeat to rivals Tottenham behind them.

Alexandre Lacazette got the equaliser before Reiss Nelson scored what turned to be the winning goal.

With Wednesday’s result, Liverpool’s hopes of achieving a record Premier League points total have been extinguished.

The Reds needed at least a point to remain in with a chance of equalling Manchester City’s 100-point haul from two seasons ago, but despite taking the lead they left the Emirates stadium with no point to show for their effort.

Elsewhere, Harry Kane scored the 200th and 201st club goals of his career as Tottenham boosted their bid for European qualification with a 3-1 win at Newcastle United.

Also on Wednesday, Wolverhampton held their host Burnley to a 1-1 draw while Man City defeated Bournemouth 2-1.