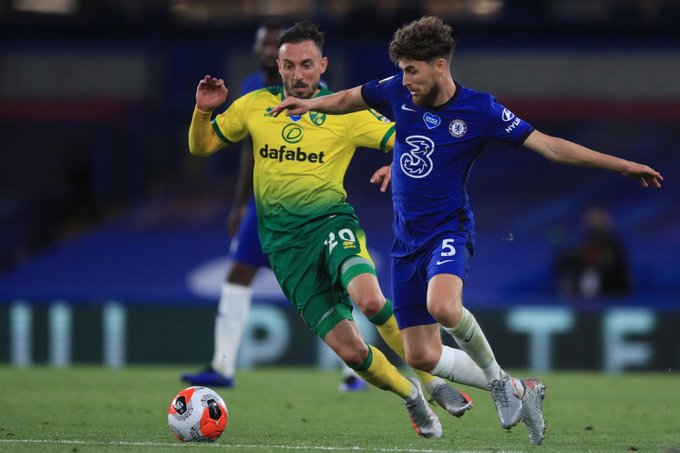 Olivier Giroud turned out to be the hero once more as Chelsea managed to beat Norwich City 1-0 in Tuesday’s Premier League clash at Stamford Bridge.

The crucial goal from the French striker came late in the first half as the Blues did just enough to get the maximum point in Tuesday’s outing.

After the humbling 3-0 loss to Sheffield United many had expected Frank Lampard’s men to come out smoking against the already relegated Norwich City team.

But instead of the wide goal margin, many punters had predicted, Chelsea were only able to score once in the 90 minutes of action at the Bridge.

The Blues have been living dangerously lately with respect to the top four race. A 3-0 defeat to Sheffield United this past weekend had put them in a difficult position, although Leicester City and Manchester United’s inability to capitalise on the slip-up meant they held on to third place in the table.

With Tuesday’s result, Chelsea are now unbeaten in 17 meetings with Norwich City in all competitions (W12 D5). Their last defeat to the Canaries came in December 1994.

However, this is the first time in five Premier League matches at Stamford Bridge that Chelsea will be scoring at less than two goals in their victory.

As for Norwich City, they have now lost 25 Premier League games this season – the most they have lost in their history.

In the reverse fixture, played at Carrow Road, it was also a close affair as Chelsea beat Norwich then 3-2, with Tammy Abraham scoring a brace and Mason Mount also scoring while Teemu Pukki and Todd Cantwell got on the scoresheet for the Canneries.