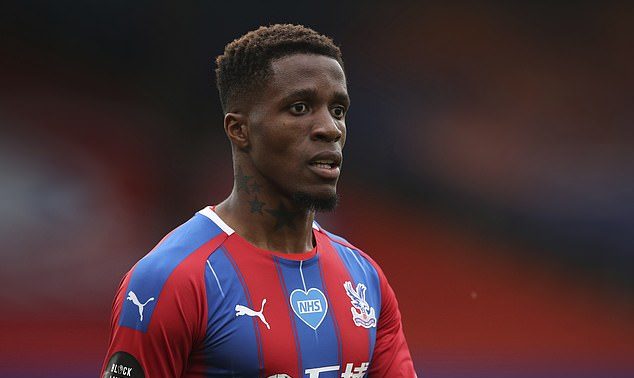 Crystal Palace’s Wilfried Zaha has been subjected to racist abuse on social media and the forward shared screenshots ahead of their English Premier League (EPL) game at Aston Villa on Sunday.

The Cote d’Ivoire international tweeted images of the messages he received from an individual on Saturday, which included one of the members of the white supremacist organisation the Ku Klux Klan.

“This is an absolute disgrace and should not be happening. We stand with you, Wilf, and anyone else who has to suffer such horrific abuse,” Crystal Palace said on Twitter.

“People like to make these experiences seem like it’s not the norm for black people. It’s always an outlier. `Not one of us’. `Not a real (insert club) fan’,” Wright tweeted.

“These are real people and daily experiences. Sooner we accept it the better we can deal with it.”

When the English top-flight restarted after a three-month stoppage due to the COVID-19 pandemic, all players had “Black Lives Matter” on their shirts in the opening round of games.

This was in place of their names.

However, teams have been taking a knee before matches kick-off to show their support for the campaign.