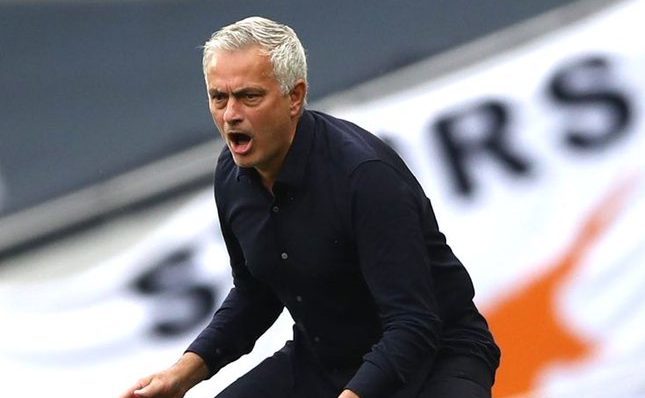 Though it has not been the best of seasons for Jose Mourinho, the Portuguese manager did enough in his first North London derby on Sunday as Tottenham Hotspur beat Arsenal 2-1 in their Premier League clash.

Mourinho has never lost a home game against Arsenal and despite starting from behind in Sunday’s Super clash, it was Tottenham that emerged 2-1 winners over their city rivals who they have effectively overtaken on the log now.

Sunday’s victory moves Spurs two points above their local rivals into eighth and keeps their chances of Europa League football next season alive, even if a return to the Champions League looks beyond them.

In the 16th minute, Alexandre Lacazette gave Arsenal the lead when he picked up a loose ball 25 yards from goal and blasted into the top corner for just his second league goal away from home this season.

A defensive blunder by the Arsenal backline short-lived their lead as Son Heung-min got the equaliser for Spurs in the 19th minute.

While it was looking like the points will be shared, Toby Alderweireld’s towering header nine minutes from time gave Tottenham the maximum points from the derby clash.

With Sunday’s development, Arsenal have now dropped 21 points from winning positions in the Premier League this season; only West Ham (24) have lost more.

The loss was also the first in six games for Arsenal, who drop to ninth, as old defensive frailties came back to haunt Mikel Arteta’s men after an impressive spell.

In the other game also decided on Sunday, Egyptian international Trézéguet was a two-goal hero as Villa earn a crucial 2-0 win over Crystal Palace.

Villa with 30 points from 35 games are now leading the bottom three and four points from safety with three matches to play.