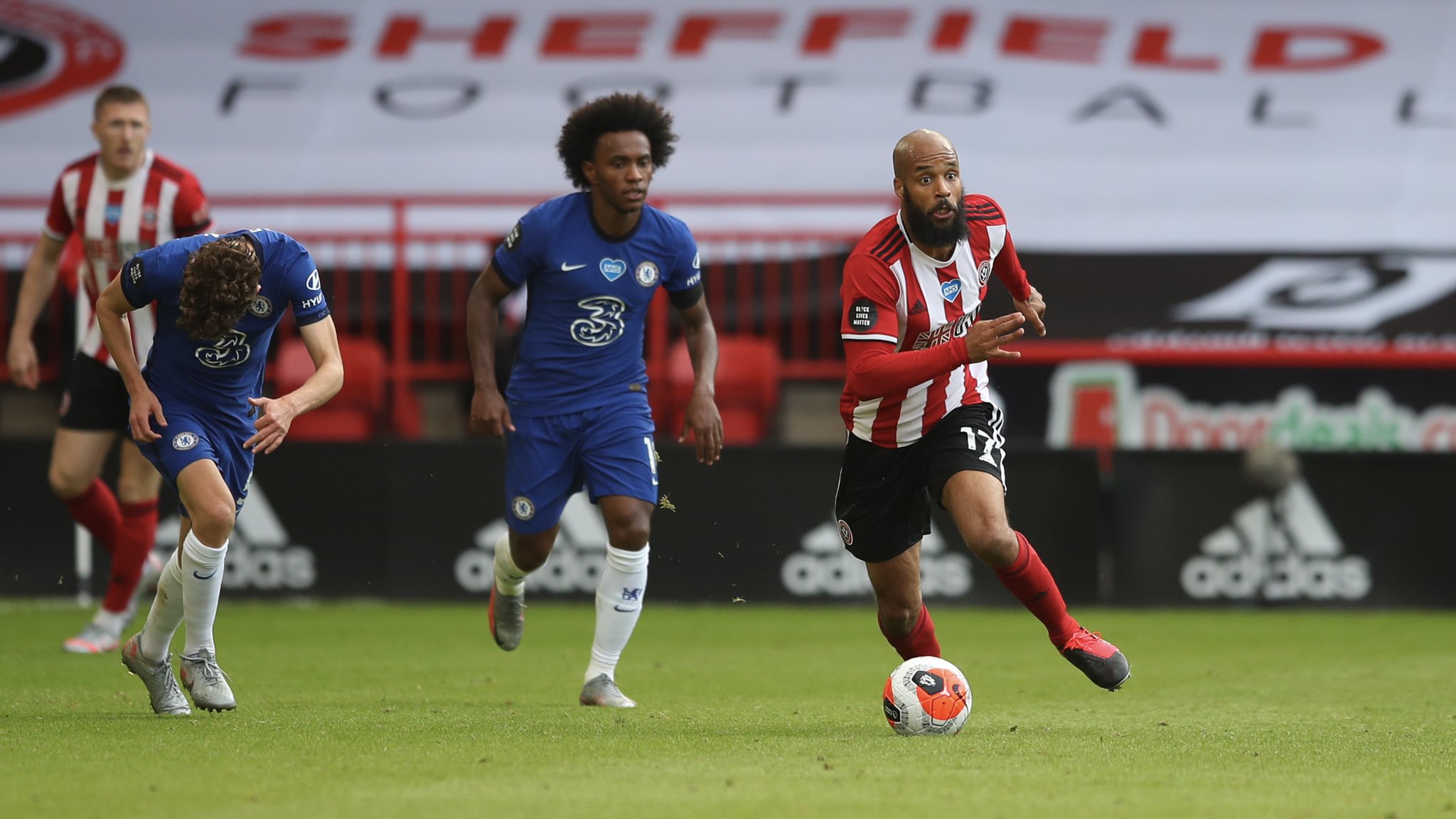 The English Premier League produced some unexpected results on Saturday as Chelsea were spanked and the winning run of Liverpool at Anfield finally halted.

Hoping to stay in pole position in the race for a top-four finish, Chelsea travelled away to face Sheffield at Bramall Lane.

However, things did not go the way of Frank Lampard and his team as the Blues were whipped 3-0 by Sheffield.

It was 32-year old David McGoldrick that gave Sheffield the lead in Saturday’s encounter after 18 minutes before sealing victory with another goal in the second half.

Though Chelsea are still third on the log with 60 points from 35 games, they could be overtaken by Leicester City who are a point behind and would go up against Bournemouth on Sunday.

As for Sheffield, their amazing run continues and they are now 6th, with 54 points from 35 games.

Elsewhere, Liverpool’s winning streak at Anfield which stretches back as far as December 2017 was halted by Burnley on Saturday.

The Reds were held to a 1-1 draw by their stubborn opponents.

At Careow Road, Norwich City were officially relegated from the Premier League after they were hammered 4-0 by West Ham United.

All the four goals for the Hammers were scored by Michail Antonio.

READ ALSO: The chase for Champions League spots in the EPL gets hotter

There would be more games on Sunday with the pick of the bunch being the North London Derby between Jose Mourinho’s Tottenham Hotspur and Mikel Arteta’s Arsenal.

Both London teams are enduring a torrid season and all but out for a Champions League spot next season.