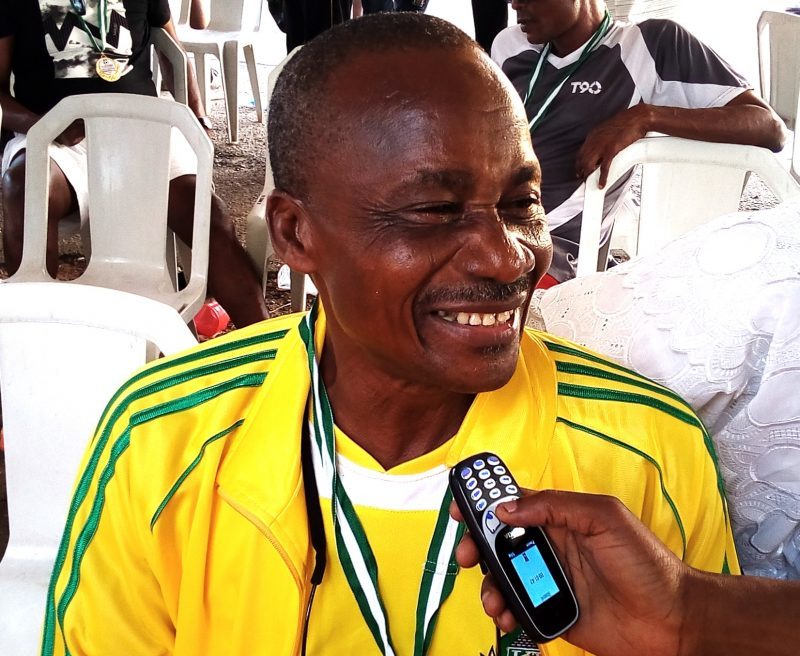 INTERVIEW: It’s an insult to say there are no quality players in the league — Ikhana

Voted at a time as the best coach in Africa, Kadiri Ikhana has paid his dues both as a player and even more as a coach.

The 68-year-old was the first coach to win the prestigious CAF Champions League trophy; achieving the feat with Enyimba.

Ahead of his next surgery to help correct an ailment, Ikhana speaks with PREMIUM TIMES on varying issues concerning football on the domestic scene.

The former Super Falcons coach said ex-players of the female national team should be considered to handle the team instead of going for another expatriate coach.

PT: Are you not bothered that Nigerian clubs are taking the back seat as far as CAF competitions is concerned?

Ikhana: In the first place, we need to look into how these clubs are run without funds, yet they want results. As at the time I was with Enyimba, I knew the strength the club had in terms of government funding not to even talk of fan base. But the system of football management has changed from what it used to be. People now use football as a political weapon, which shouldn’t be.

PT: Are you saying no company or individual can effectively run clubs without government interference and support?

Ikhana: This is the problem we have; until we separate government from football management, we cannot get the desired results. It will be difficult to succeed because the government will continue to use it as a political weapon instead of using sports to foster peace and unity. You can hardly see much spectators at the match venue. I remember my time at Pillars and Enyimba, how fans come out in their numbers to watch league matches. But the story has changed today simply because Governors now see the game as political weapon.

PT: Do you agree with the school of thought that says the league is not producing talents needed by national teams managers?

Ikhana: Where do you expect talents to emerge from when the league is not well managed? I’m sure we will produce talents once the game is well managed and repositioned to excel. The home-based players need lots of encouragement to give their best. The system is put in place to sell players abroad only rather than develop the league first. This same problem runs through every facet of our lives and we won’t make any appreciable progress if things continue this way.

Ikhana: (Cuts In) I don’t agree with that! It’s not possible at all. There is no way he can say there are no good players in the league. I don’t believe it all that we don’t have a single-player that is good enough for our national be team. Does he want them to buy the experience when you don’t encourage and invite them to the national team? Give them the chance in the national team say one or two years, then they would have gain lots of experience and self-confidence. That will also spur players in other clubs.

As a national team manager, there is no way you can play all 23 players in a major competition? We expect the coach to invite three to four league players to major tournaments. Let them sit on the bench and gain experience. By the time they return to their clubs, other players will be eager to do better once they know they can be invited too. At Enyimba, I brought in players from feeder team and before you know it, they became mature and we’re ready to compete for shirts. It’s an insult for Rohr to say there are no quality players in the league.

Ikhana: I don’t believe that. In a house where you have different children, you’re bound to have the bad eggs amongst them. The fact that one coach does that doesn’t mean we are all the same. I think NFF should be blamed for not doing their findings well before saddling such coach with the responsibilities of managing the national team. I don’t believe in that declaration because what you’re simply saying is that all local coaches are bad.

PT: It has been said that NFF should look inward and appoint the likes of Amuneke, Oliseh etc to take over from Rohr when he eventually quits Super Eagles job. Do you think it’s the right step in the right direction?

Ikhana: I have said it times without number that we must look inward. Otto Gloria came, Westerhof was here too, but we failed to learn from them. We pay so much money to hire a foreign manager while no local coach is prepared to understudy these technocrats. Get a local coach and offer him three years contract, then let him attend refresher course abroad, he will deliver. Keshi and Amodu did it and they’re gone but we still have Amuneke and Oliseh. Let’s bring them in and encourage them.

PT: NFF is still combing Europe in search of a foreign coach for Falcons. The country soccer governing body doesn’t seem to believe in local coaches as far as Super Falcons is concerned. Where did our coaches get it wrong?

Ikhana: (Laughter) Take a good look at our former female stars who obtained their coaching certificates but are never allowed to manage Falcons. You won’t believe their qualifications until you give them the right support or else they’ll become a waste. Appoint these ex-internationals to manage Falcons because not all foreign managers will give you the result you crave for.

PT: How close are you to regaining perfect health? Many wonder why you still seek financial support from government despite the pedigree of people you’re surrounded by…

Ikhana: I earned peanuts when I was actively in the game unlike now when money flies round. Money started coming in towards the end of my coaching career and unfortunately, I did not wait enough to pick them. I have been treating myself from the little I was able to save and there is little the family can do. Would they treat me for the rest of my life? But having represented this country in the past, it is only proper for the government to help me after all the ailments I’m battling with came while serving the nation and not an internal disease or something. I thanked Nigerian who came to my aid too during the trying period. I thank Alliance Hospital Abuja who picked up my bills and treated me for free.

Some people gave me money; NFF gave me N1 million while the sports ministry recently gave me N500, 000. Imama gave me N100k while Felix Anyansi also gave me N250k. These monies are not meant for treatment but to keep body and soul together. I shall be going for my last surgery at any moment.

Ikhana: Thank you very much.