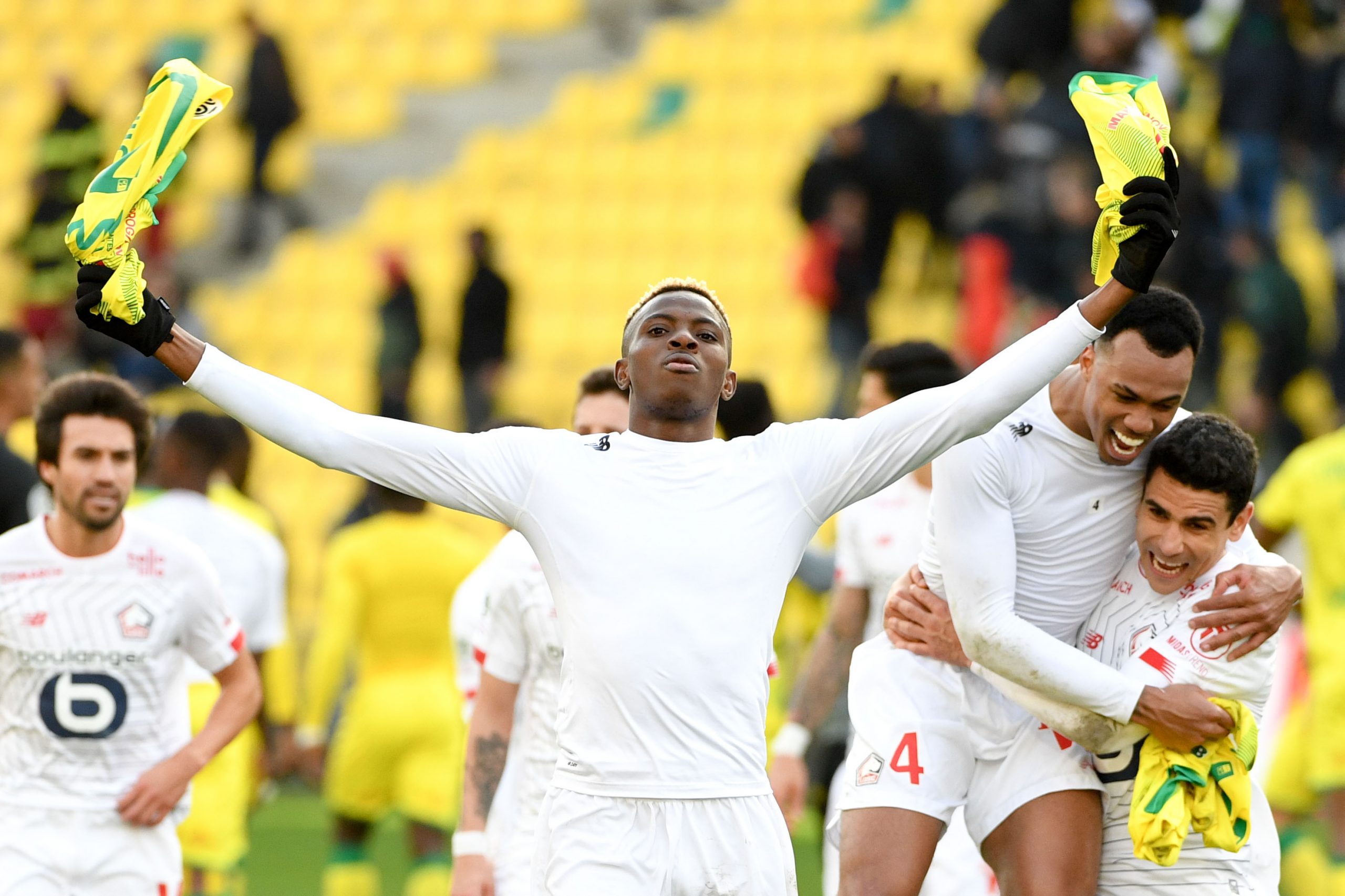 Asked by a close friends what he expects from feeding the pigeons, Osimhen said he believed his reward will come from heaven.

Heavens have probably rewarded his good deeds by offering him a suitor from Naples with a transfer proposal that could place him on a higher pedestal in his football career.

But Osimhen will have more to do than feeding pigeons if he eventually becomes Napoli signing of the summer, considering the pressure that comes with his price tag.

A prominent performer for FC Lille in 2019/2020 season following a summer switch from Sporting Charleroi, Osimhen must avoid pitfalls in his quest to becoming I’l ragazzo d’oro di Napoli (The golden boy of Napoli).

While Italian Serie A is renowned for accommodating older players, it is arguably one of the most difficult leagues in the world. Any young striker who ventures into that league must be ready to endure some of the rough treatments that Serie A is known for.

A decade of decline in Serie A has been linked to bribery, corruption and above all fans violence. But another issue that has continued to make headlines in Italy is that Italian coaches tend to favour homegrown talents over young African players in terms of playing time.

Off the back of a similar strike-rate with BSC Young Boys in Switzerland, the Cote d’Ivoire striker was snapped up by Roma for €14.4 million, which looked to be one of the big buys of the season.

Unfortunately, the striker never had enough playing time and was unable to show the same form in Italy where he made only 14 appearances for the Giallorossi, scoring just two goals, before being loaned back to CSKA Moscow.

Belgian born Napoli striker Dries Mertens endured a long spell on the bench at a time Italian-born Lorenzo Nsigne was ahead of him in the pecking order of strikers at the club. But Mertens has 91 goals from 229 appearance in Napoli shirts while Nsigne has 63 goals from 261 appearances. The homegrown tend to enjoy much attention and It has been a norm in Serie A.

Simply put, it means Osimhen will have to dig deeper and put up sterling performance week in week out to keep a starting shirt under Coach Genaro Gattuso. Besides, it has been rumoured that Mertens won’t be leaving Naples as earlier planned. Therefore, one of the most difficult tasks facing Gattuso is deciding who to lead the attack next season.

Serie A Defenders Are Armed To The Teeth!

It is not an overstatement that some of the world best defenders hail from Italy. These are men who come into every game armed to the teeth and are more often than not referred to as “demolitori ossei” (bone breakers) by the fans.

For an uncompromising young character who is used to success from his multidimensional work rate around defenders, Osimhen would need to be very patient because goals won’t come cheap in Italy as in Lille.

One thing that looks certain is that he will be given his chance owing to his transfer price tag. His description of himself as a “pitbull who never let go” speaks volumes about his fearlessness and determination to succeed. His athleticism, antenna for scoring and comfort on the ball when alone upfront have so far served him well.

Yes, Osimhen’s priority is to score goals, but he must not throw caution to the wind in his quest for goals if he must avoid career-threatening injuries. Serie A is known to cut short shining careers of some of the best strikers. A good example is Brazilian-born striker Luis Andriano who joined Milan in the summer of 2015 but struggled with form and injuries during his time at San Siro, scoring just six times in 36 appearances and barely playing during his last six months at the club

“He is a smart young boy I think his talent will take him places. Also, he will learn tactically in Italy because Italian football is all about tactics. I know he will do well in the Italian league,” said Onazi whose professional career began in Italy.

This season, racism reared its ugly head and black players were forced to showcase their talents in an unfriendly atmosphere. For a nationalistic and conservative society like Italy, racism will continue to be a major challenge for black players and Osimhen will not be an exception.

You can ask Mario Ballotelli and he will explain in clear terms how challenging it has been to be fully accepted in the national team even when he tries to control his demons.

Already, Osimhen’s agent raised concern on racism but there is no going back because the striker is already in love with the city itself and the money involved is too good to be ignored.

Former Reggianna goalkeeper, Joseph Dosu, has however advised the young striker to stay focussed while the world seeks lasting solutions to racism in football

“I think Osimhen has made the right choice because the likes of Obafemi, Kanu, Taribo and Oliseh once played in Italy and left good legacies behind. On the issue of racism, we all passed through this racism in one way or the other.

“That’s why you should know why you are playing in Europe. The problem is not just in Europe but everywhere you go. Where ever you are, you will see one or two people who would not just like you. Sure, you can’t control all of that and you can’t handle it on your own

“A lot of black players suffered racism starting from Pele. There is nothing we can do but we just have to pray to God for a change. Once it happens, overlook it and move on,” he said.

While Osimhen looks good to become the beacon of how young attackers can bring more glamour to the Serie A, he must come to terms with the fact that talent and will are not always enough to make the grade in Italy. A young player needs to be patient, tread carefully where others failed and above all watch clips of past and present Serie A strikers and learn from their craft.

Perhaps that is another hobby he might need to inculcate aside from feeding pigeons.