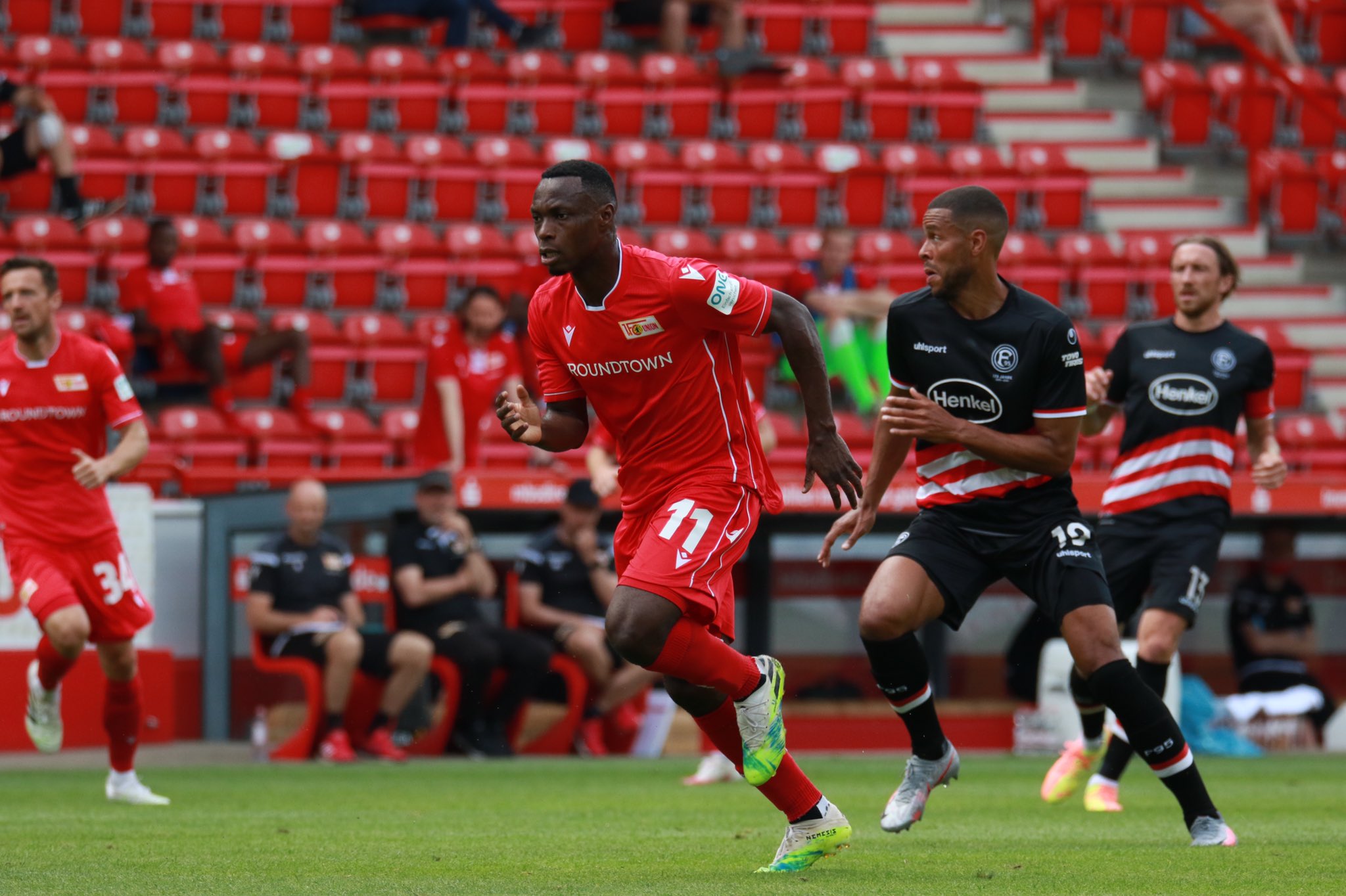 The German Bundesliga ended Saturday on a high with 34 goals scored across the nine games that were played simultaneously.

Nigerian striker Anthony Ujah got one of Saturday’s goals as he hit the back of the net in the 26th minute; setting the tone as his team Union Berlin whipped Fortuna Düsseldorf 3-0.

Ujah who had endured a long drought chose the last day of the league season to again showcase his goal-scoring prowess.

Having done his bit with what was his fourth goal of the campaign, Ujah in the 62nd minute was substituted and replaced with compatriot Suleiman Abdullahi.

Elsewhere, Super Eagles defender, Jamilu Collins, endured another humiliating day in Germany as his already-relegated Paderborn side were edged 3-2 by Eintracht Frankfurt.

With the three goals conceded on Saturday, Jamilu and his Paderborn teammates shipped in an astonishing 74 goals in 38 games.

Mainz lost 1-0 to Bayern Leverkusen without their Nigerian striker Taiwo Awoniyi who, though has recovered from concussion, has not played the last two games before missing the third on Saturday.

On their part, Champions Bayern Munich ended the league in style after beating ten-man Wolfsburg 4-0 to finish the season with 82 points.

Elsewhere, Borussia Dortmund were thrashed at home after suffering an unbelievable 4-0 humiliation in the hands of Hoffenheim.

The fourth spot was filled by Borussia M’gladbach who emerged the winners in their final match, beating Hertha Berlin 2-1.

How my wife, daughter and I tested positive for Coronavirus – Peter Okoye