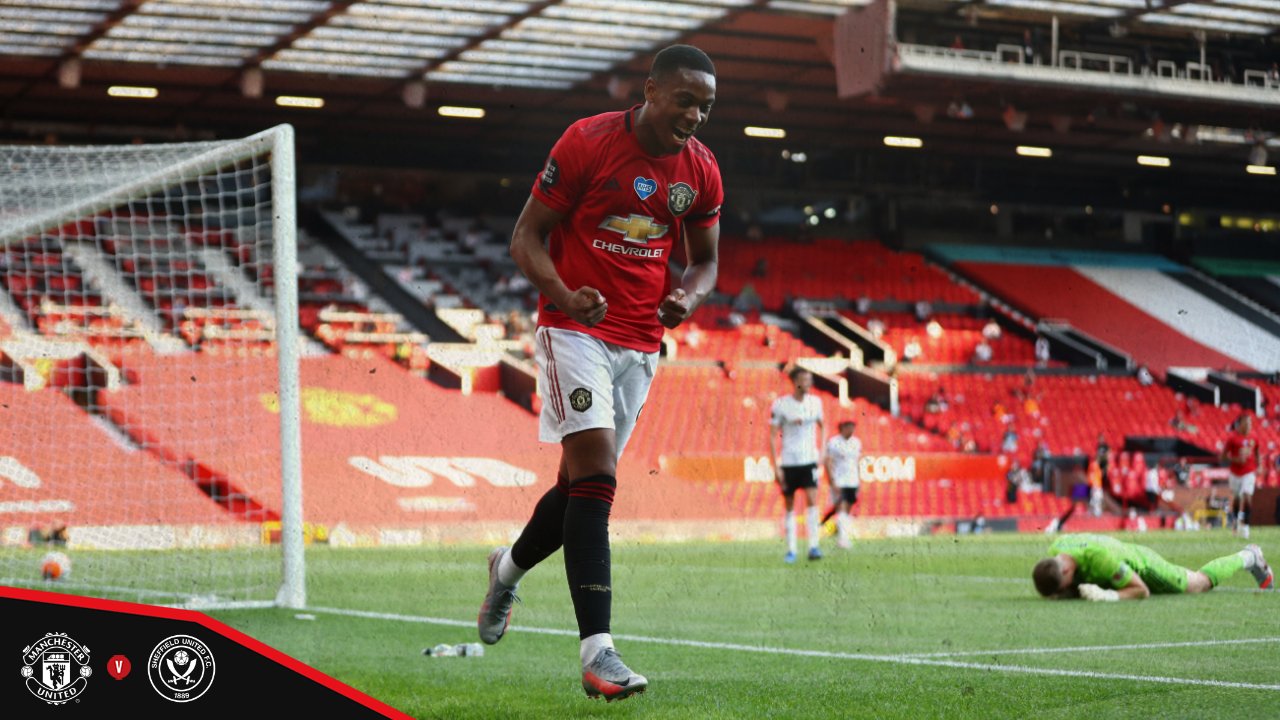 Anthony Martial scored his first senior hat-trick on Wednesday and it was enough to give Manchester United a comfortable 3-0 victory over Sheffield United in their Premier League tie at Old Trafford.

United who are in a hot contest for a top-four finish started on the right footing as Marcus Rashford combined well with Martial and the French striker tucked in the ball from close range seven minutes into the game.

The Red Devils had to wait till the 43rd minute before they could double their lead and it was Martial again with the goal but this time it was Wanbisaka that provided the assist.

With a two-goal lead into half time, United were in firm control of the game and they only killed it off in the 74th minute when Martial added a third goal to become the first Manchester United player to score a Premier League hat trick in almost seven years.

With the points all but assured, manager Ole Gunnar Solskjaer made five changes; bringing in Odion Ighalo and four others.

The Nigerian striker had his moments but he was unable to get the ball in as he continues to wait for his first Premier League goal.

Why APC governors are pushing for NEC meeting — Bagudu