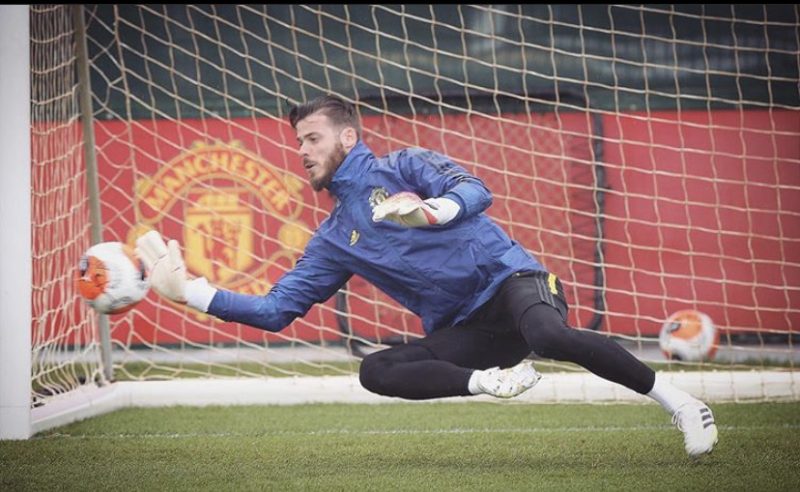 De Gea allowed Steven Bergwijn’s fierce shot to fly through his hands in a 1-1 Premier League draw with Tottenham Hotspur on Friday and the goalkeeper was lambasted by former United captain, Roy Keane, who said he was “sick to death” of the goalkeeper.

Another former club captain Gary Neville described De Gea’s dip in form as “more than a blip”, but Solskjaer said the Spain international is still delivering match-winning performances on a regular basis.

“I don’t think it is a bad run when you concede two goals in seven games, which included matches against Man City, Chelsea, Tottenham and Everton.

“He makes great saves, he wins games for us and I still think he’s the best goalkeeper in the world.

“He’s not making errors that you see time and time again. He’s been consistently working hard in training and I’m very pleased with his work,” Solskjaer told a news conference on Tuesday.

Manchester United, who sit fifth in the league standings, host seventh-placed Sheffield United in their first match back at Old Trafford on Wednesday.

Chris Wilder’s Sheffield United suffered a crushing 3-0 defeat by Newcastle United last weekend, and Solskjaer is wary of a reaction.

“Sometimes a wounded animal is harder to play against. “I know Chris Wilder well enough, he will have his team fired up for this game,” the Norwegian coach added.

Meanwhile, Scotland midfielder Scott McTominay signed a new contract with Manchester United, which will keep him at the club until 2025, with the option to extend for a further year.

The 23-year-old academy graduate has made 75 appearances for United since making his debut in 2017.