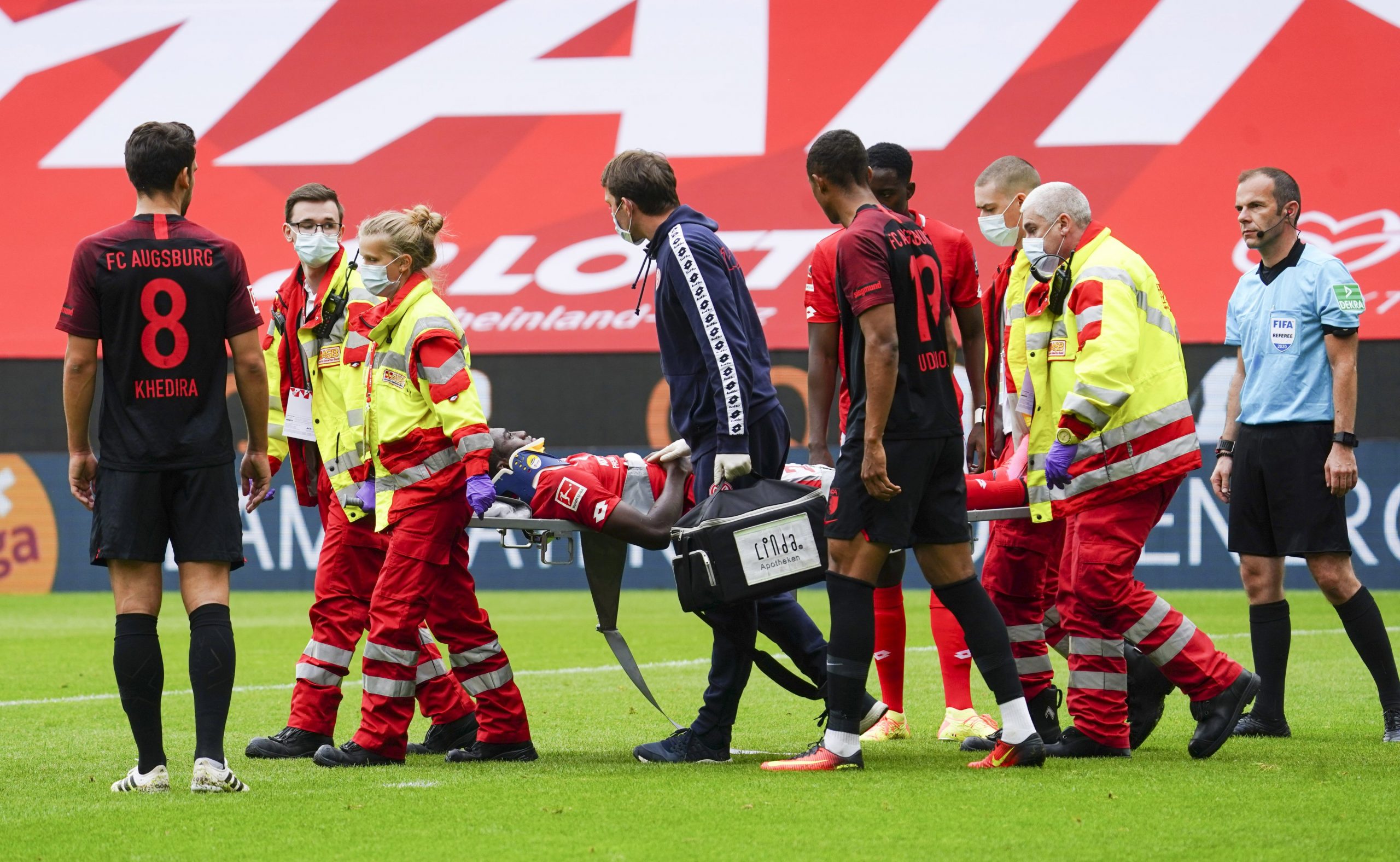 Taiwo Awoniyi on a stretcher

Nigerian striker Taiwo Awoniyi will be spending the night in the hospital after suffering a concussion in one of Sunday’s Bundesliga matches.

Awoniyi who is on loan from Liverpool at Mainz was stretchered off in his side’s clash against Augsburg after suffering the serious injury.

The former Nigeria youth international landed awkwardly and, after a delay, was carried off on a stretcher with his neck in a brace.

He was left hurt after a clash of heads with Augsburg defender Felix Uduokhai who is also courted to play for the Super Eagles.

Mainz on their official twitter handle confirmed that Awoniyi will be spending the night at the hospital but the club said it was only a precautionary move.

The club wrote: “Our striker Taiwo #Awoniyi suffered a concussion in his collision with @FCA_World ‘s Felix #Uduokhai and is spending the night in hospital as a precautionary measure.

ℹ️ Our striker Taiwo #Awoniyi suffered a concussion in his collision with @FCA_World‘s Felix #Uduokhai and is spending the night in hospital as a precautionary measure.

This development may be a setback for Awoniyi who lately has been making inroads at Mainz with Sunday’s outing his fourth successive start for the club.

The 22-year-old has only found the back of the net once against Köln for the Opel Arena outfit in this campaign.

Mainz are currently three places above the relegation zone after winning nine games, drawing four and losing 18 which saw them gather 31 points from 31 games.

The club will be keen to have their best legs for their remaining games of the season to make sure they escape relegation.

Unfortunately, Mainz after losing one of their strikers in Awoniyi also lost Sunday’s game to Augsburg by a lone goal.

Mainz will be away to Borussia Dortmund in the next round of league games on Wednesday.