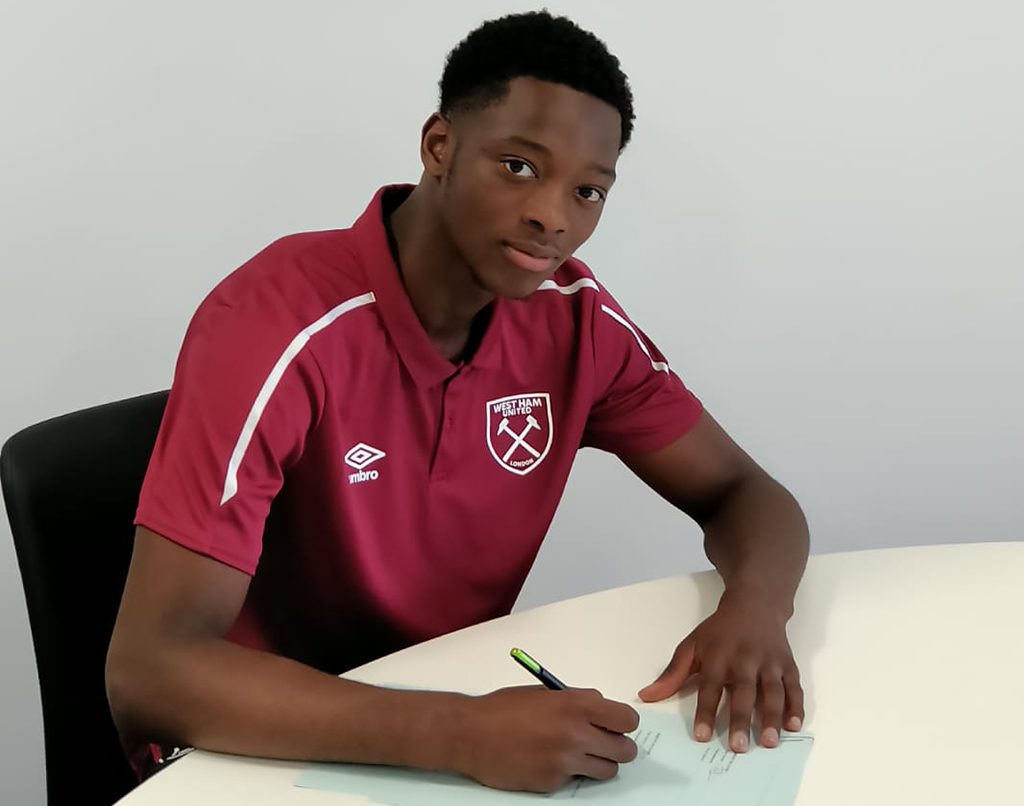 Premier League club West Ham United have confirmed Nigeria’s U-17 goalkeeper Daniel Jinadu as one of the club’s seven academy scholars who have just been offered their first professional contracts with the Hammers.

Jinadu began his career at Chelsea before joining the Hammers in December 2017 and taking up a two-year scholarship in the summer of 2018.

Aside from Jinadu, the other youngsters with new pro contract with West Ham are Keenan Appiah-Forson, Harrison Ashby, Sam Caiger, Dan Chesters, Will Greenidge and Joshua Okotcha who is also said to be of Nigerian heritage.

“This is a tremendous achievement. All our young players aspire to be offered a professional contract, and these players have all deservedly been rewarded for their efforts and development to date,” Martin told the club website.

“I would like to take this opportunity to thank Kevin Keen, Mark Phillips and Billy Lepine, the three coaches for the U18s who have worked with these players all season and given them all the support and guidance they’ve required.

“These players are still progressing, and fully deserve the opportunity to move into the next stage of their development with the U23 squad. They have shown resilience, determination and dedication so far, so as long as they keep those traits up, they will give themselves every opportunity to progress further in the future.”

As expected, Jinadu expressed delight in his latest feat, adding it was a dream come true after so much hard work.

“Dream come true and proud moment for me and my family signing my first professional contract at West Ham. The hard work continues! All the glory to God!” he wrote on Instagram.

A former England U16 goalkeeper, Jinadu made his competitive debut for the Golden Eaglets as Nigeria beat Hungary 4-2 win in group B opener at 2019 FIFA U17 World Cup.

He was also in goal as Nigeria overpowered stubborn Ecuador 3-2 to book a place in the knockout stage. Jinadu’s reign at the World Cup ended as Nigeria lost 3-1 to tournament runners-up Netherland.

EFCC secures 257 convictions in one year