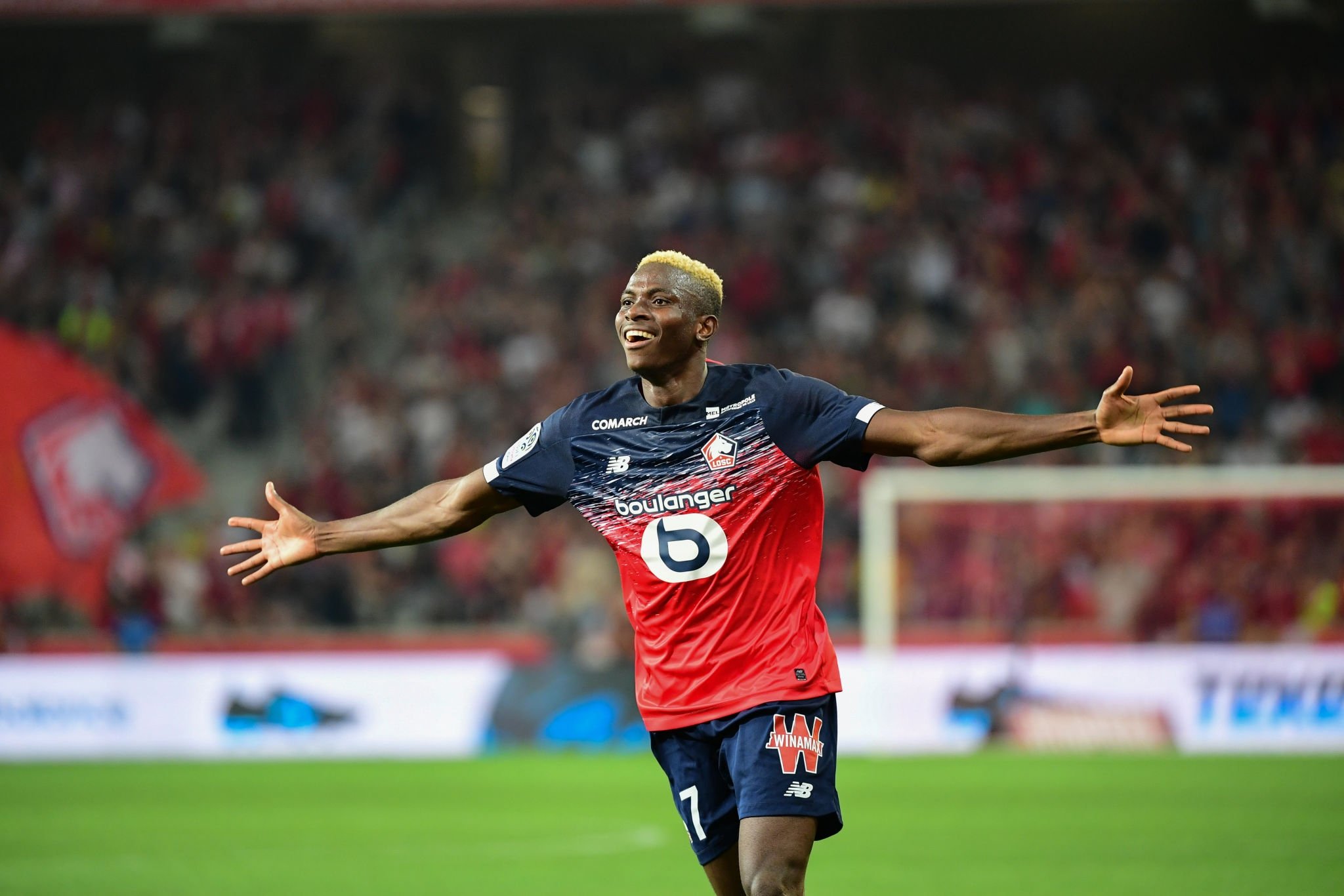 Nigerian striker Victor Osimhen is arguably one of the hottest property in world football right now following the confirmation by his French club Lille that they have indeed received multiple offers from different clubs for the gangling forward.

While many had concluded that the transfer reports linking Osimhen to different clubs across Europe were mere speculations, Lille owner Gerard Lopez has stated otherwise even though he maintained sealed lips on the identity of the clubs jostling for the 21-year old Nigerian

Osimhen only joined the Ligue 1 club from Sporting Charleroi prior to the 2019-20 season but it is quite remarkable he is already being linked with a big-money move elsewhere.

“There are multiple offers,” Lopez told Mail Online. “We turned down one English and one Spanish offer this January transfer window.

“There is a wide array [this summer] and I wouldn’t want to give the names of the clubs who are bidding but what I can tell you is that there are multiple [offers]. There are three championships that have clubs that have bid for him.”

Osimhen has scored 18 goals in all competitions, including two in his maiden Champions League campaign and that perhaps explains why clubs are falling over the heels for the Nigerian striker

Lille stand to make a considerable profit on Osimhen as they reportedly paid just €12million for him last year.

Among other teams, Osimhen has been linked with Premier League trio Arsenal, Liverpool and Tottenham and the Lille owner insists there is an iota of truth in the endless transfer speculations around the striker

He said: “Let me tell you with Osimhen, it is the same thing, whatever number you heard, the high number I have read is very much on the money of the offers that we have received. That’s where we are.”

Many Nigerians are divided on Osimhen leaving Lille for another club this summer as they fell it could be counterproductive but others feel it would be a smart move especially if it is a switch to the English Premier League.