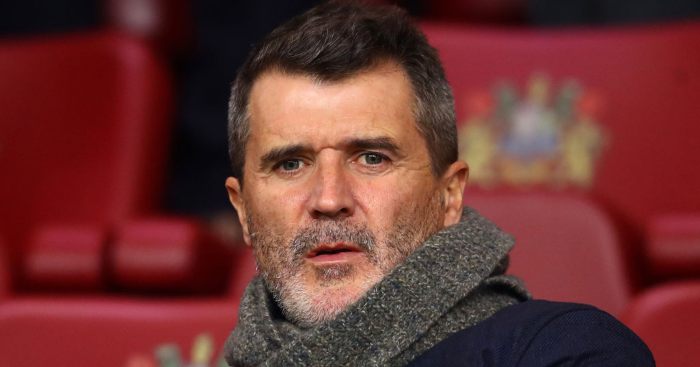 Players at the Premier League’s top clubs should “stick to their guns” and resist pressure to take pay cuts during the COVID-19 shutdown, ex-Manchester United captain, Roy Keane said on Friday.

Professional soccer in England has been suspended since March 13 due to the pandemic and some Premier League clubs have furloughed non-playing staff under a government scheme.

Players at some clubs have accepted wage deferrals while Arsenal’s players and coaching staff agreed a 12.5% salary reduction.

“The way I look at it now, particularly after the way I left Manchester United, I wouldn’t take a pay cut from anybody if I was at one of the bigger clubs,” Keane told Sky Sports television.

“I know there is pressure on players, but it is nobody’s business what you do with your wages. You take your wages and if you want to be generous, go ahead and do it.

“I don’t think players should feel pressured by clubs, particularly the bigger clubs, to take pay cuts,” added the former Ireland midfielder, who left United in 2005 in strained circumstances.

Keane said a player’s individual contract was a personal matter between him and the club and it was nonsense to suggest all should do the same.

“When the clubs with billionaire owners in the background come to the players and say they are in trouble —tell them no, no, you honour the contract,” he said.

“This idea that we should be getting players to give up their wages at these big clubs, forget about it because these clubs are the first to tell you, ‘This is a business, lads, this is how it works’.”

Former United and England defender Gary Neville repeated a call for the Premier League to come up with a package to help clubs in the lower divisions survive.

“I’ve gone from opportunity, to despair, to almost now pleading with somebody at the Premier League just to do the right thing for the game,” he said.

“Why am I on calls with chairmen and owners of EFL League Two (fourth-tier) clubs who are desperate, who don’t know how to pay their next wages?; they are worried the clubs are going to go bust for the sake of a few million pounds”.