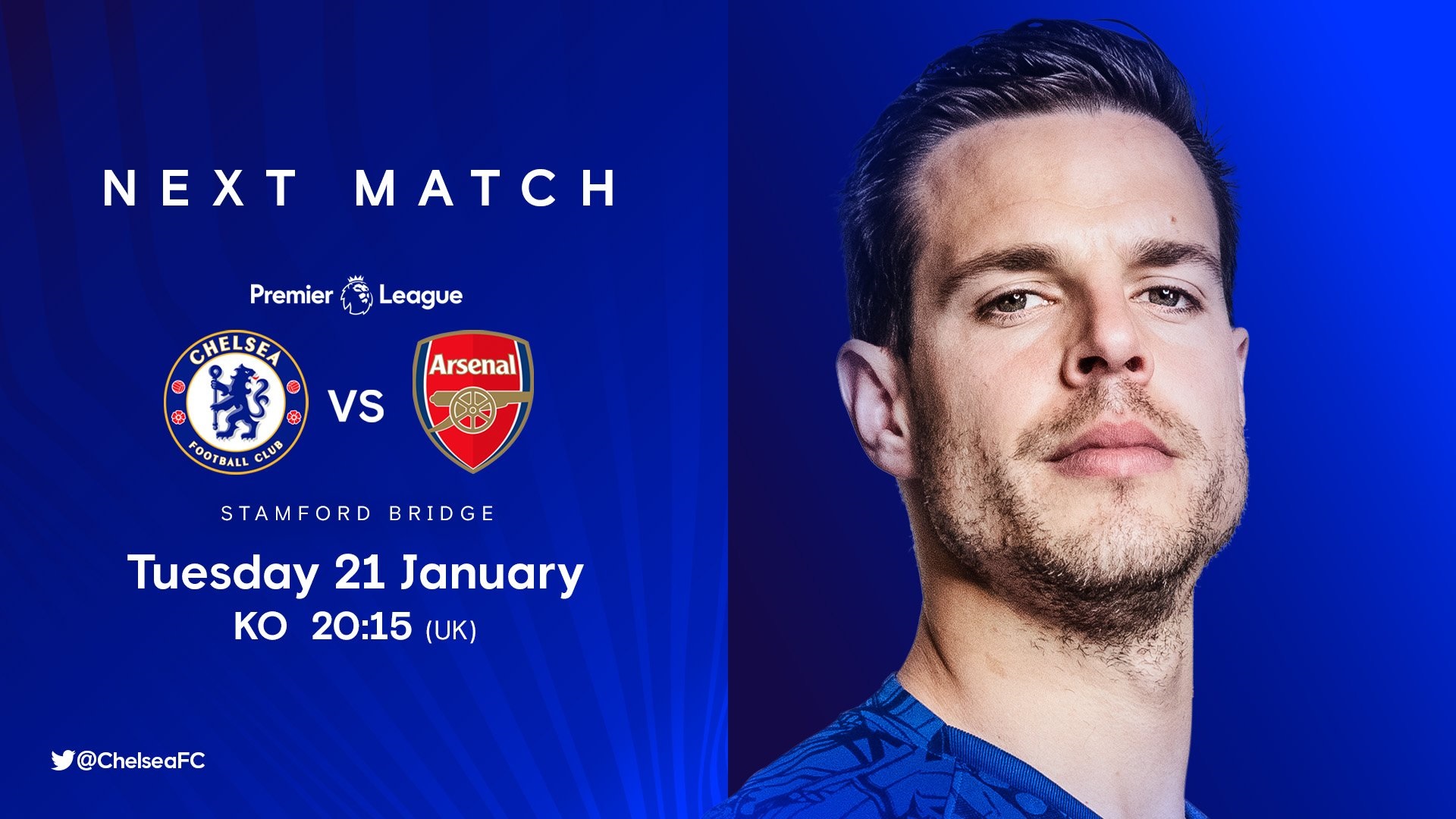 These two teams met three weeks ago and for 75 minutes, Arsenal were the better side. But one refereeing indecision, a goal-keeping gaffe, and the normal Arsenal defensive malaise conspired to give Chelsea a 2-1 win.

It also took a change of system from Frank Lampard and a tired Gunners to give Chelsea that late win over Mikel Arteta’s team.

Arsenal are still poor travellers while Chelsea do not have home comfort at Stamford Bridge this season, which means an intriguing match-up is in view.

Lampard will have to start just two of either Mateo Kovacic, Ross Barkley, Mason Mount, or N’Golo Kante with Jorginho a surety while Arteta has problems at left-back with Bukayo Saka filling in.

One thing is sure – Arsenal will start well while Chelsea will end the game stronger, whoever does the best in the time of ascendancy will take the spoils.

Lazio are Serie A’s in-form team with an in-form striker in Ciro Immobile while Napoli are down on their luck under the new manager, Gennaro Gattuso.

What could be the likely outcome? Another defeat and the reality of Gattuso getting sacked by Napoli’s maverick owner, Aurelio De Laurentiis, looms large over this encounter.

This might not end well for Napoli on Tuesday.

When Cristiano Ronaldo is in this form – 11 goals in the last seven league games – Juventus are a juggernaut but the 2-1 victory over Roma in the league showed Paulo Fonseca’s message is getting across to the Roma players.

Roma will be without their influential young midfielder, Nicolo Zaniolo, while Maurizio Sarri will be without his preferred fullbacks – Alex Sandro and Juan Cuadrado – with Sandro suffering from a rib fracture. Cuadrado is down with the flu.

There should be goals in this one and looking at history, Juventus are targeting a 3-0 win – an omen that means they will be playing again in the Coppa final.

Jurgen Klopp’s Liverpool are running away with the league so the question is not if they will win the EPL after a 30-year wait but when they will win it.

Comfortably ensconced with a 16-point buffer and a game in hand, Wolves were a match for the champions in waiting but were denied a share of the spoils by tight VAR decisions that went against Nuno Espirito Santo’s side.

Ruben Vinagre, Willy Boly, and Diogo Jota will miss this encounter while Klopp has Fabinho and Joel Matip back in his squad.