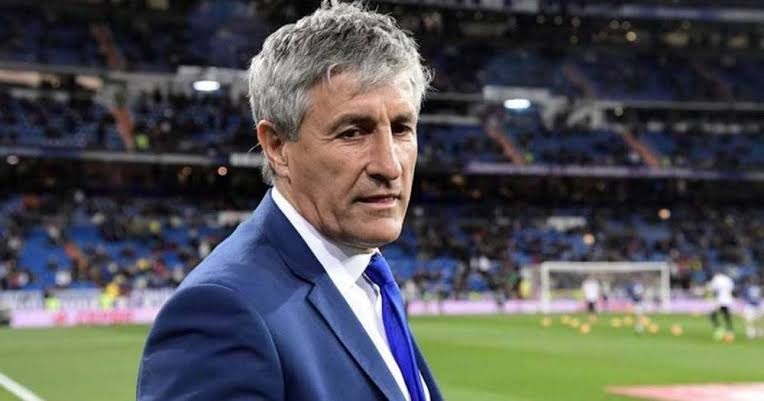 There is a change of guard at Spanish club Barcelona as the Catalan giants have announced they have dismissed their head coach, Ernesto Valverde, and have promptly replaced him with Quique Setien.’

Valverde during his reign delivered back-to-back LaLiga titles and currently has the Blaugrana sitting at the top of the league table again – albeit on goal difference.

On the continent the sacked Barcelona coach could not deliver as it has been European disappointment for Barca lately.

In that light, Setien was on Monday night handed a deal that runs until 2022.

The 61-year old before this big Barca offer has had spells at Racing Santander, Poli Ejido, Logroñés, Lugo, Las Palmas and Betis.

The statement by Barcelona read: “Quique Setién will be the new FC Barcelona coach. The man from Cantabria in the north of Spain comes to Barça after having had spells at Racing Santander, Poli Ejido, Logroñés, Lugo, Las Palmas and Betis, his previous club in the 2018/19 season.

“Throughout his career, he has been a proponent of possession-based, attacking football that has been attractive to the fans.”

Barcelona are set to present Setien on Tuesday, with the club having published their itinerary for the coach’s first day in the job:

1.30 p.m. contract signing in the President Suñol box in a private event.

Setien’s first match in charge will be at Camp Nou where Barca will play host to tenth-placed Granada next Sunday.