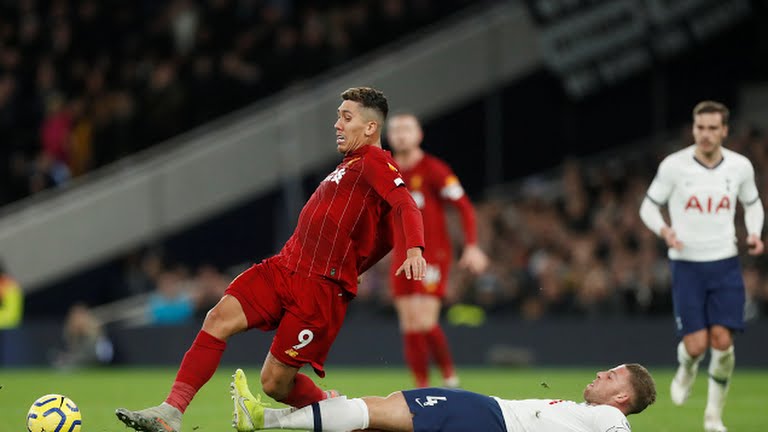 Liverpool continued their phenomenal run in the Premier League on Saturday as they secured maximum points with their 1-0 win over Tottenham Hotspur.

Roberto Firmino scored the only goal of the match for the Reds, as Jurgen Klopp’s men extend their lead to 16 points ahead of second-placed Leicester City with a game in hand.

Saturday’s victory means that Liverpool have made the best-ever start in the 131-year history of English top-flight football, recording their 20th victory from 21 matches.

Liverpool had two big chances to make the breakthrough inside the first three minutes, but they had to wait till the 37th minute when Firmino got past Tanganga inside the Tottenham box before smashing the ball past Gazzaniga to break the deadlock.

VAR had a look at a possible Henderson handball, but the goal was eventually given following a short check.

While Liverpool are high-flying, Tottenham, meanwhile, stay down on the eighth spot, nine points off Chelsea in fourth.

In other Saturday games, Marcus Rashford marked his 200th appearance for Manchester United with two goals that restored some much-needed confidence in a 4-0 Premier League victory over bottom side Norwich.

Anthony Martial and impressive teenager Mason Greenwood were also on the mark as Ole Gunnar Solskjaer’s team maintained their hopes of qualifying for next seasons Champions League.

At the King Power Stadium, there was heartbreak for Kelechi Iheanacho and his Leicester City teammates as they were beaten 2-1 at home by Southampton.

Saturday’s result will serve as a measure of revenge for Southampton after the 9-0 thrashing they suffered in the hands of the Foxes in October.

Danny Ings grabbed the winner in the 81st minute for his 14th goal of an impressive season for the striker.

Jorginho’s 27th-minute penalty and Tammy Abraham’s 15th of the season in all competitions settled saw the Blues cruising to victory.