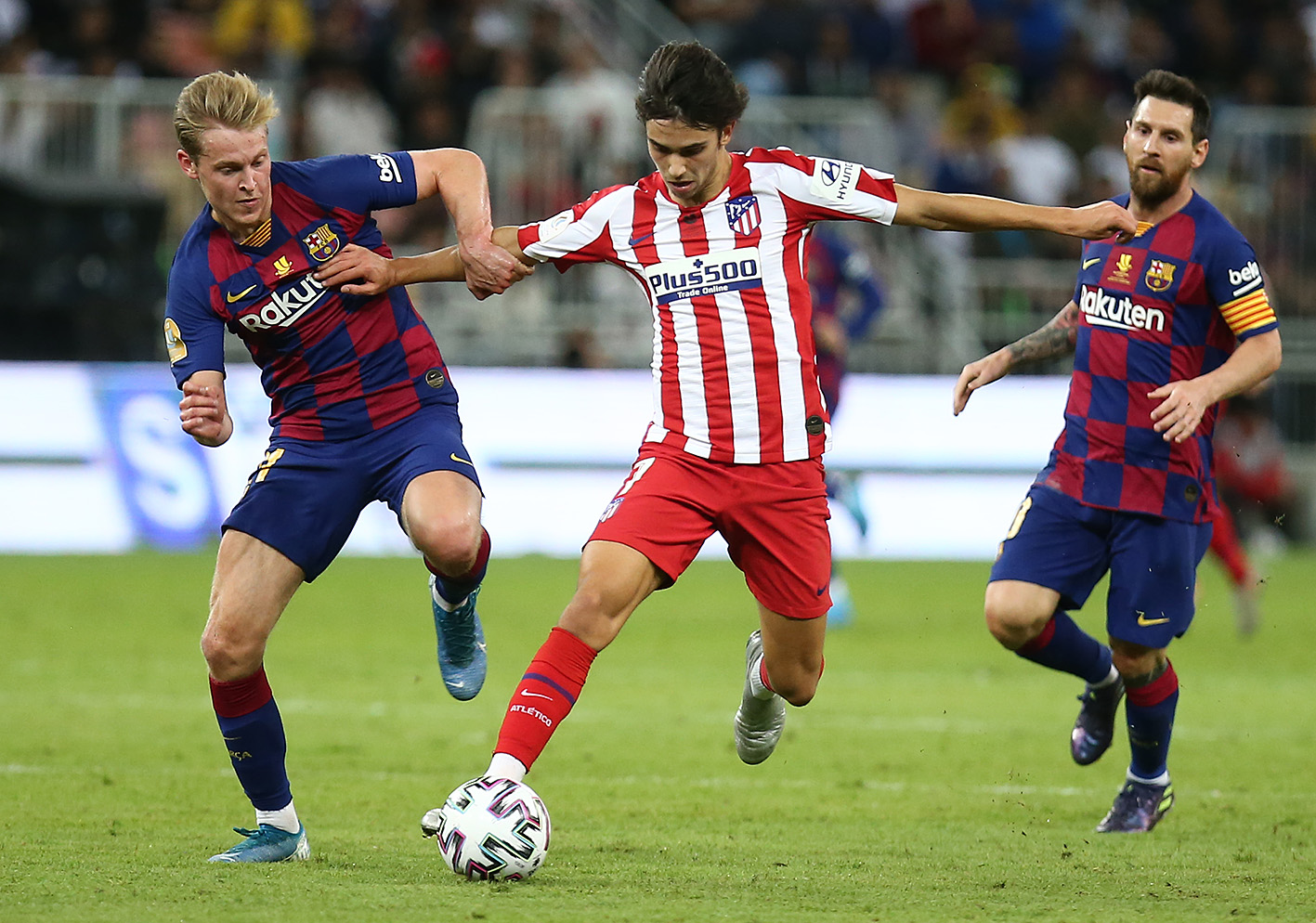 They thus booked their place in the final of the revamped competition where they will face Real Madrid on Sunday.

That was after Barca had dominated the second half and had two goals ruled out following VAR reviews.

Substitute Koke had put Atletico Madrid in front at the start of the second half, but Lionel Messi levelled in the 51st minute.

Messi soon put the ball in the net again but his second effort was ruled out for handball following a VAR review.

Former Atletico Madrid striker, Antoine Griezmann, did put Barca in front in the 65th while Gerard Pique thought he had extended their lead moments later.

However, that goal was also ruled out after a VAR review, this time for a fractional offside against Arturo Vidal.

Atletico Madrid had spent most of the second half trying to stop waves of Barca attacks but got a lifeline when substitute Vitolo was tripped by goalkeeper Neto.

Striker Alvaro Morata then equalised from the penalty kick spot in the 81st minute.

Stand-in goalkeeper Neto was also at fault for the winning goal, failing to properly block Correa’s shot which bounced into the net to cap an incredible match.(Reuters/NAN)