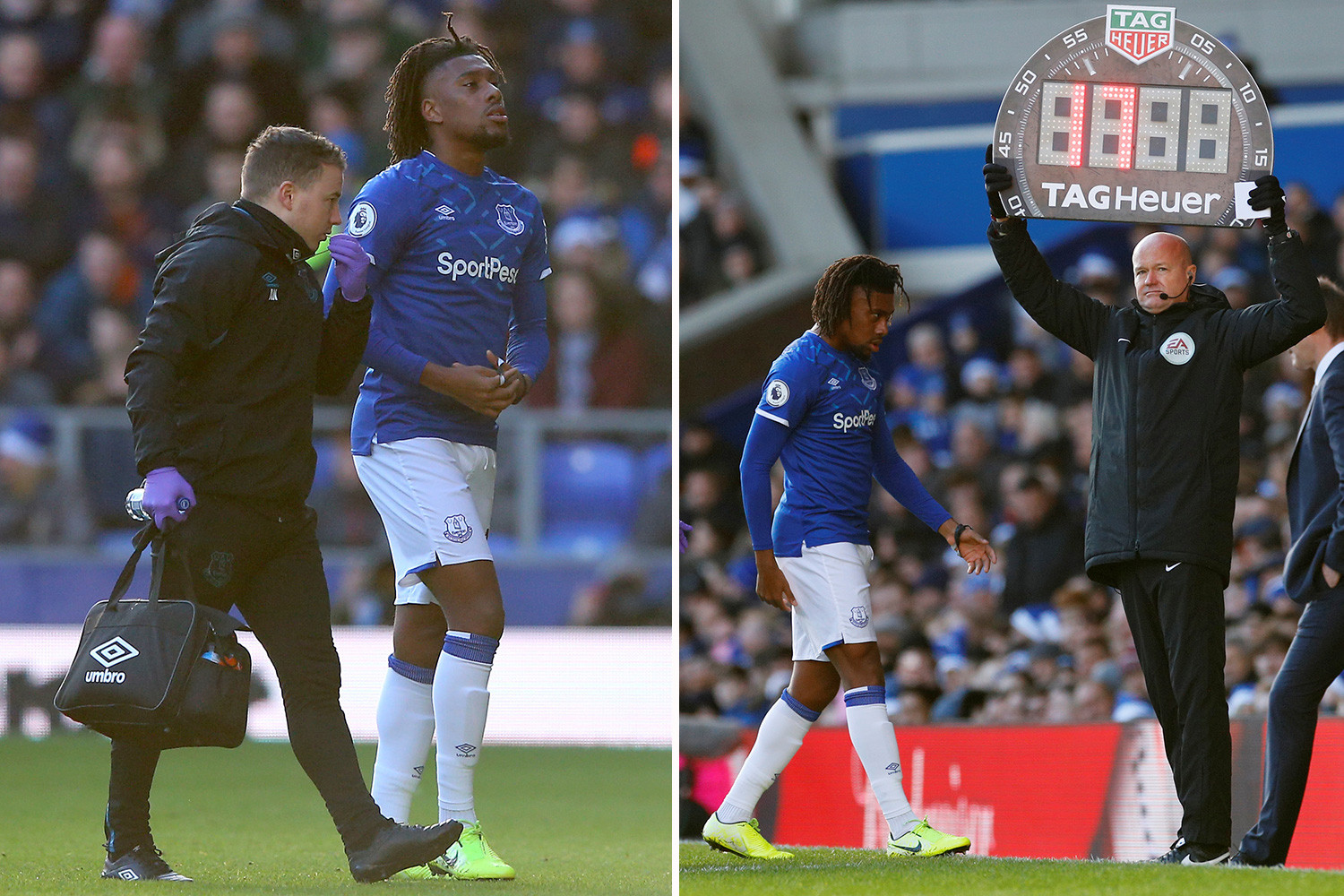 Alex Iwobi exiting the pitch after sustaining an injury during the match [PHOTO: THESUN]

Nigeria International, Alex Iwobi, has missed out on a chance to impress against his former club, Arsenal.

Iwobi, now with Everton, limped off after cupping a suspected hamstring injury.

The Super Eagles player only lasted for 10 minutes as he was replaced by Cenk Tosun to rousing applause from the Arsenal fans who chanted his name.

Iwobi who has played 17 games so far for Everton and scored one goal was really running the show against Arsenal before he was replaced.

With all players desperate to impress new manager, Carlo Ancelotti, who was announced few hours to the game, Iwobi only had 10 minutes to make a case for himself in front of Ancelotti who was watching from the stands.

It is definitely a worrying time for Ancelotti who is now at the helm of affairs at Goodison Park.

Currently ranked 15th on the EPL log, Everton fans will be hoping that Iwobi will recover quickly enough to feature during the busy December period.